The Drill Rewrite tool is an editor which can add or remove performers from an entire drill file. Depending on the situation, you might prefer to adjust the interval for the addition or subtraction of performers in the drill file, or simply leave a hole (when removing performers). This is especially useful for blocks and filled shapes. The Drill Rewrite editor can adjust intervals or leave holes, depending on your choice. This powerful editor can also adjust the transitions of the shapes.

When the Drill Rewrite adds or removes a performer, it looks at each shape where the performer is involved throughout the drill. If intervals for those shapes need to be adjusted to accommodate the removed performer, only the shapes where the performer resides will be changed. This section will cover how to ensure only the necessary shapes are changed when intervals change.

For example, you may find that combining two or more shapes into one larger shape may make more sense when the Drill Rewrite starts adjusting the shape intervals. Imagine at set #3, two arcs are drawn end to end to make an S shape, and a performer we plan on removing is part of one of the arcs. If we choose to adjust the intervals to accommodate the removed performer, the arc where the performer resides will be adjusted, but the other arc intervals will remain unchanged. We might have preferred that the intervals would adjust across the entire S shape. To make this happen, we would need to glue the two arcs into a single S shape before using the Drill Rewrite. Now when the Drill Rewrite look to see which shape is involved at set #3, it will find an S shape instead of two independent arcs.

To check and see if shapes need to be combined from another shape or cut out of a shape, do the following: 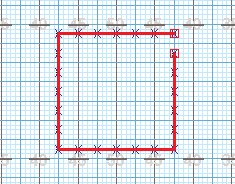 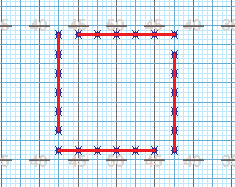 The Remove Performer option will delete a position from the entire drill. You can specify whether the shape should have an adjusted interval once the performer is removed, or leave a hole. 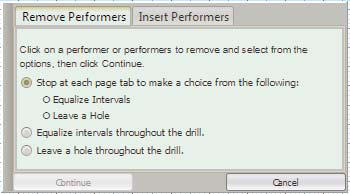 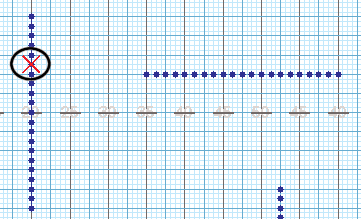 Stop at each page tab will display each count that has a page tab and highlight the performer to be removed. You will decide how the shape is to handle the removal of the selected performer. For example, if the shape is part of a filled block of horizontal and vertical lines, it may be preferred to leave a hole in the shape rather than to adjust its intervals.

Equalize Intervals adjusts the intervals of each shape that the removed performer(s) occupies.

Leave a hole throughout the drill leaves a hole in each shape that the removed performer occupies.

Equalize will equalize the intervals of the shapes involved during the count range shown in the control panel.

Leave a Hole will keep a hole in the shapes involved during the count range shown in the control panel.

Cancel reverts to a saved version of the drill. 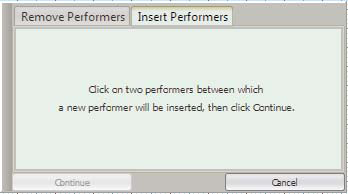 *Performers that do NOT remain adjacent to each other throughout the drill will have a large red “X” on top of their symbol. These performers cannot be selected to insert a performer between them.

Equalize will equalize the shapes within the drill.

Cancel will revert to the last saved version of the drill.