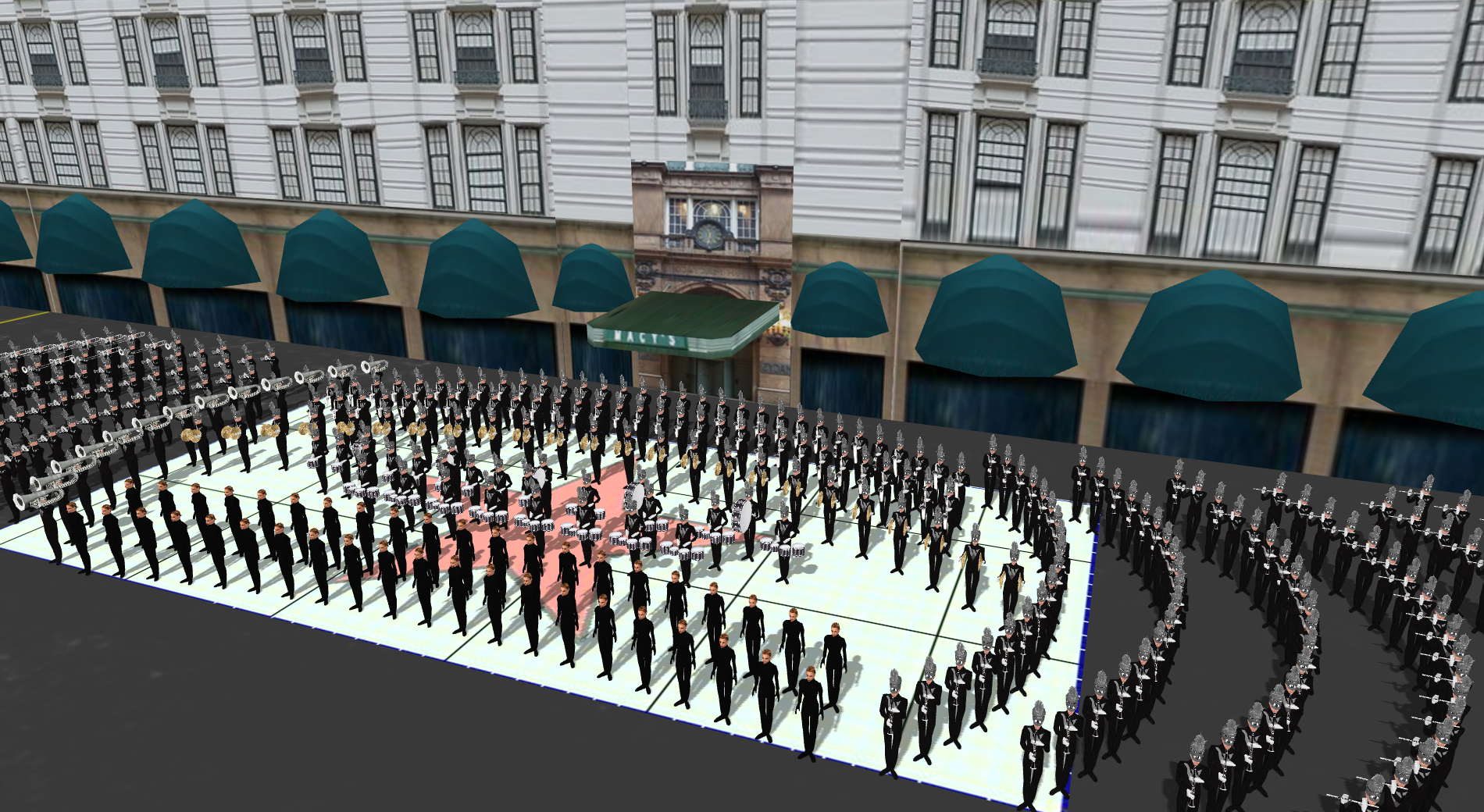 For decades, the American tradition on Thanksgiving has consisted of family and friends gathering together to enjoy a day of quality conversation, homemade food, and heated games of football. But what millions of families across the country look forward to the most is waking up early to watch the Macy’s Day Parade!

This Thanksgiving marked the Macy’s Day Parade’s 90th year! Viewers get the chance to see giant floats, balloons, performers and bands strutting down the streets of Manhattan.

The Pyware team wanted to personally congratulate all of the marching bands that performed this Thanksgiving, most of which are loyal customers!

The US Military Academy Marching Band

A dichotomizing feature within our 3D software that gives users a clearer view for the performance outline is the tool that allows the designer to actually create the desired venue. Before jumping into the drill design process, choose between any sport setting, stage or for this special occasion… The streets of New York. We wanted to add one more venue for the talented marching bands who were invited to perform this Thanksgiving.

The customers of ours who marched their way through New York this past Macy’s Day, have been using this feature to allow for a better visual and a more hands-on approach for the learning process. The goal of Pyware is to create revolutionary software that gives users a first-rate learning experience and designers the chance to arrange a blueprint of the best show they could envision.

From everyone at Pyware, we want to applaud the stars of the 2016 Macy’s Day Parade for outstanding performances!