Posted by Barbara-Scott Kolb on November 21, 2022 | Featured | No Comments

It has been an especially noteworthy year for our Pyware Team, as it marks 40 years in business. While celebrating this special anniversary, reminiscing on the company’s work up to this point, it has only inspired us to continue pushing the envelope. Throughout 2022, our team has worked tirelessly on new developments, and we are thankful to see that work come to fruition! Great improvements were made to the latest Version 11, the brand-new Mobile Editor was released, and we are preparing to release a new product — Pyware 3D Junior, for kids!

Now, one of our favorite times of the year is upon us… The start of the holiday season! Hosting our annual Cyber Monday Sale and kicking back on Thanksgiving morning to watch bands that use our software perform on one of the largest stages is such a thrill for our team. To see folks that we support on a regular basis, lead their groups down the streets of NYC, in the one-and-only, Macy’s Thanksgiving Day Parade is so exciting and heartwarming.

Congratulations to ALL the bands who were selected to perform in this year’s parade!

Check out the 2022 marching band lineup below and read how some of the directors prepared for this incredible opportunity:

The Carmel High School Marching Greyhounds are five-time Bands of America Grand National Champions and have made consecutive appearances in national finals competitions in each of the past 25 years. This powerhouse program is also a two-time winner of the prestigious Sudler Shield Award, which recognizes world-class marching bands. They will make their second appearance in the Macy’s Thanksgiving Day Parade this year. 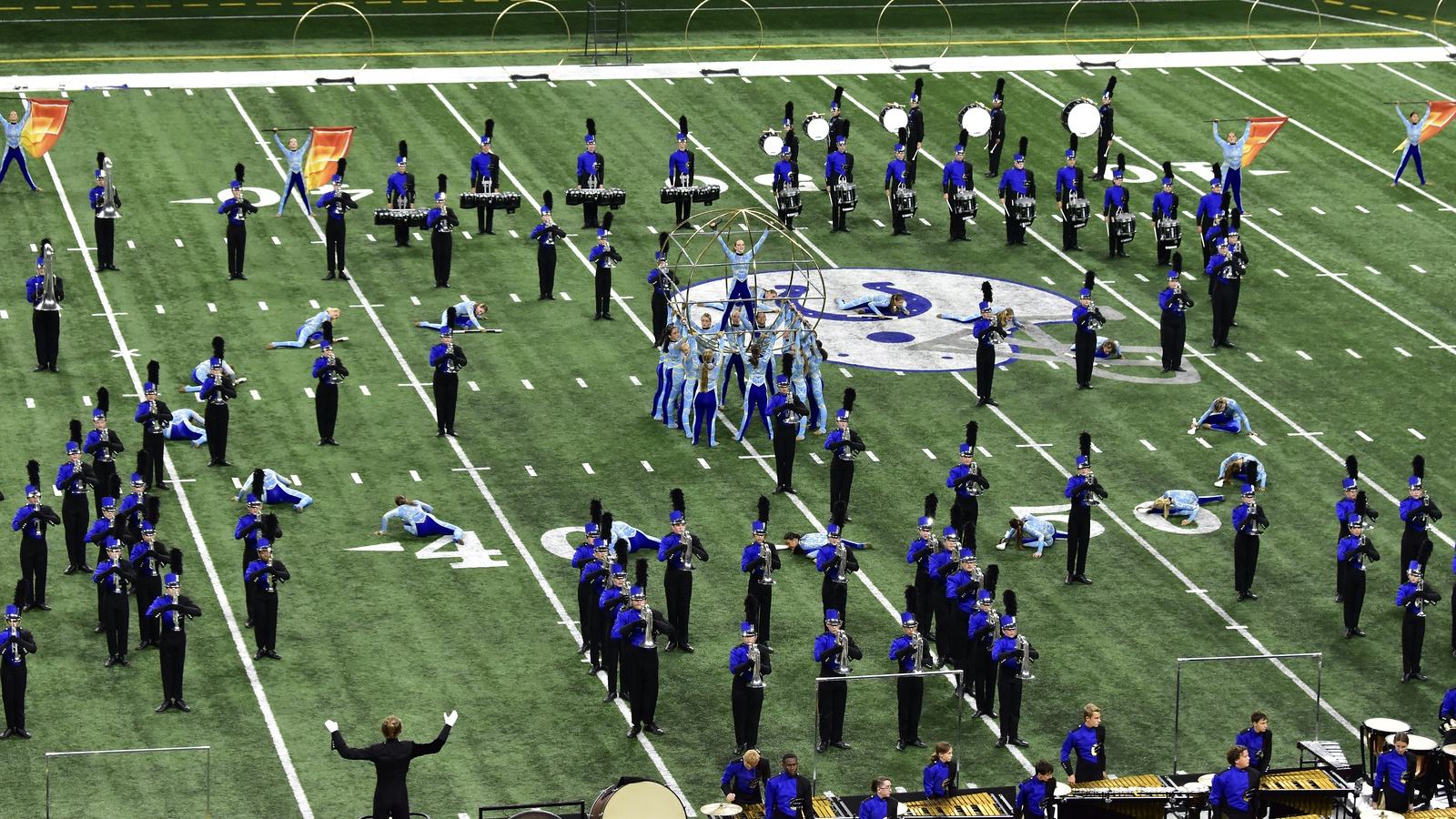 Michael Gaines has designed for the Marching Greyhounds for the past 2 decades. Although, Associate Director of Bands, Chris Kreke, did the design work for this year’s parade performance.

“I did all of the design for the Macy’s performance with Pyware and it was extremely helpful for both myself and the rest of the staff to be able to visualize the performance set in Real View. It is a unique performance venue and Pyware definitely helped us make great use of the available space and to have the knowledge of what we will be seeing on NBC during the broadcast,” Chris explained.

“Pyware has been an integral part of our design and teaching here at Carmel since the earliest versions. We love the product and the incredible support that the company provides for the end user,” he continued.

The University of Missouri marching band has a rich, extensive history spanning 137 years — this Thanksgiving will be the band’s first appearance at the parade. The 350-member band continues to build upon a legacy of excellence as one of the nation’s oldest and most superior university band programs. 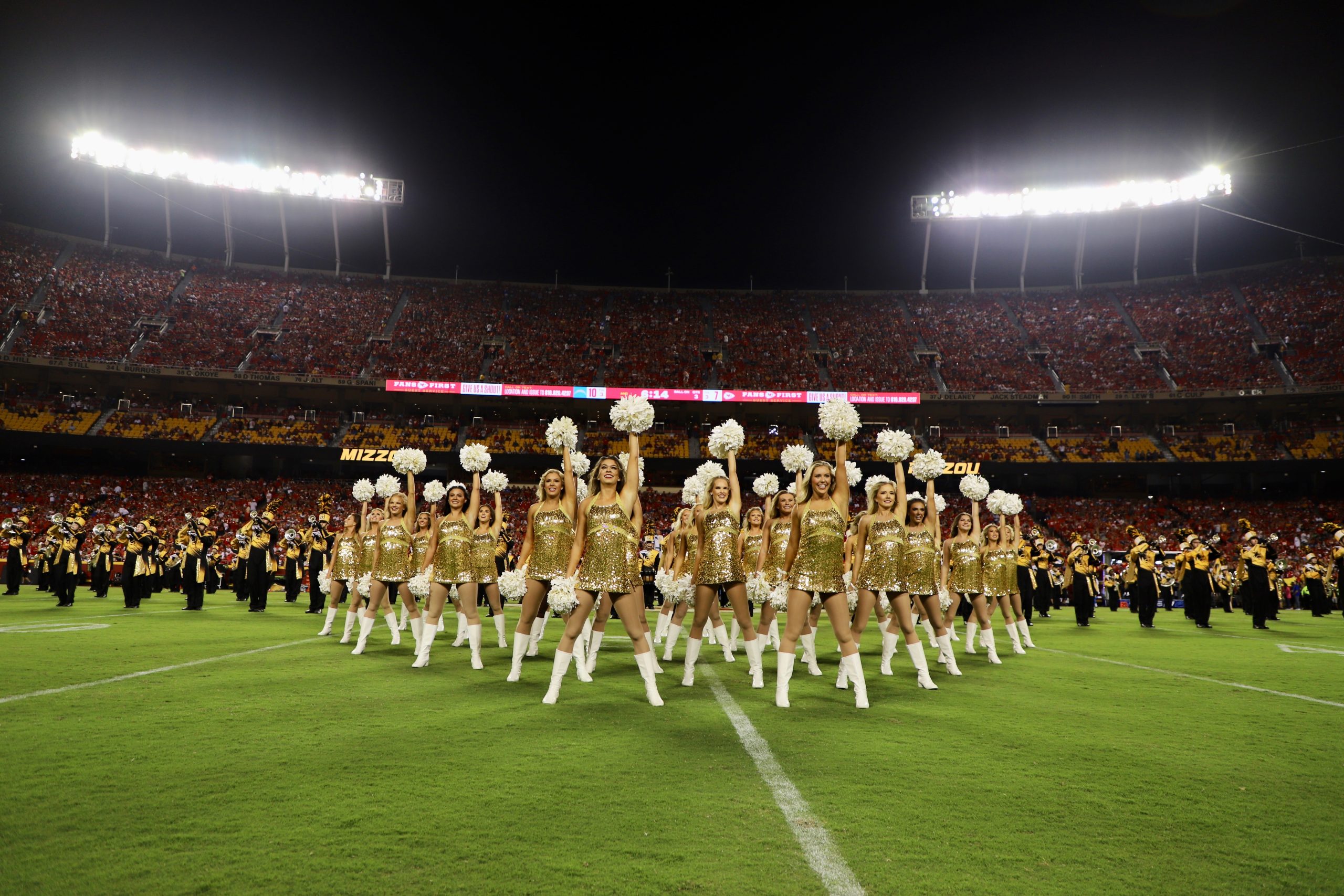 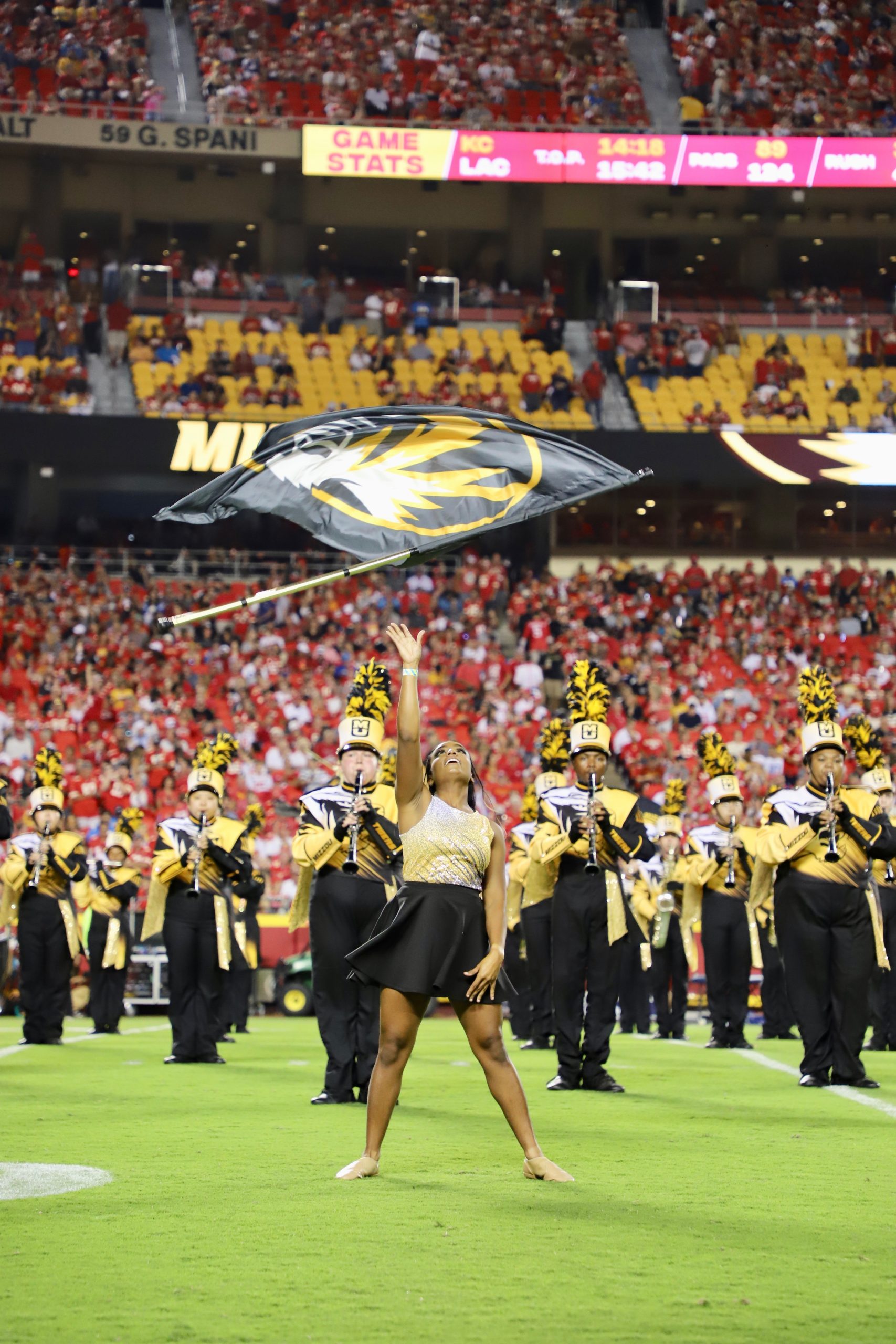 Director of the Marching Mizzou, Amy Knopps, served as the head drill designer for the initial years after she joined the staff. In 2019, that responsibility transferred to Josh Boyer, which Dr. Knopps refers to as one of the best drill writers in the country.

“Josh did utilize the Macy’s grid (in Pyware) and found it beneficial. With such a large ensemble, we have to use every inch of space available and Pyware helped to visualize how we could adequately fit our members in the space provided to maximize our performers on 34th Street,” Amy said. 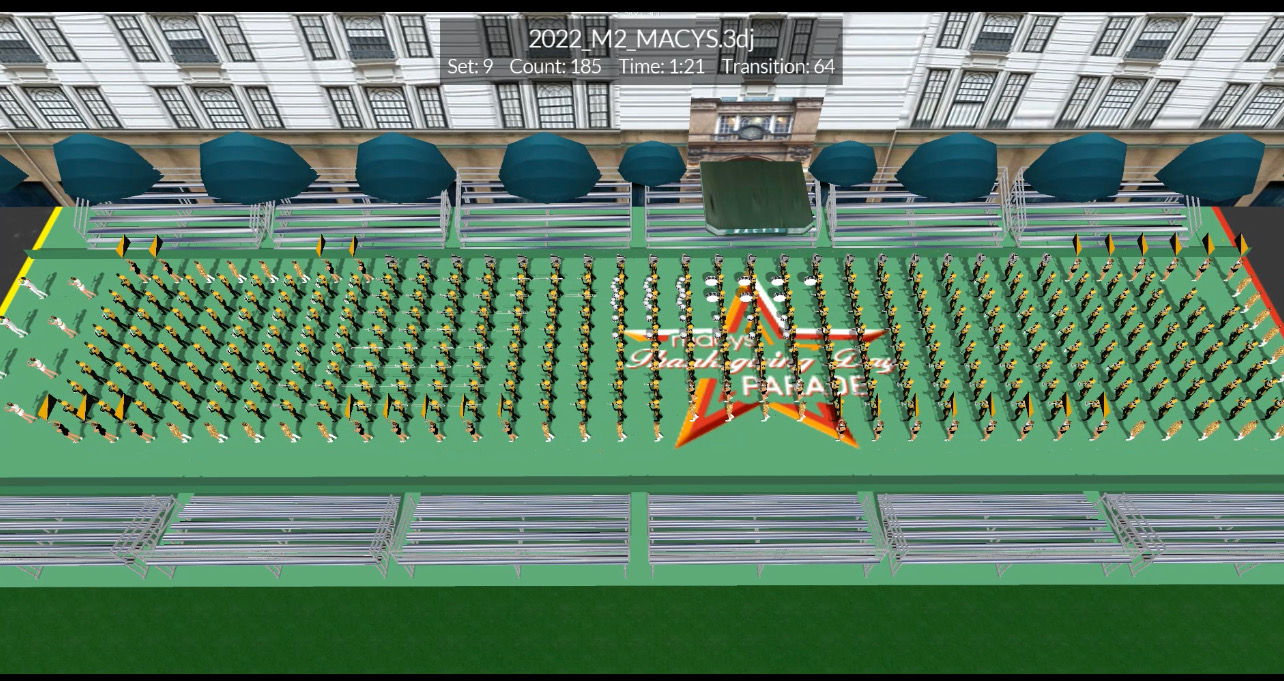 “I am thrilled for our students and program to have earned this coveted invitation to perform on one of the world’s most famous stages,” she continued. 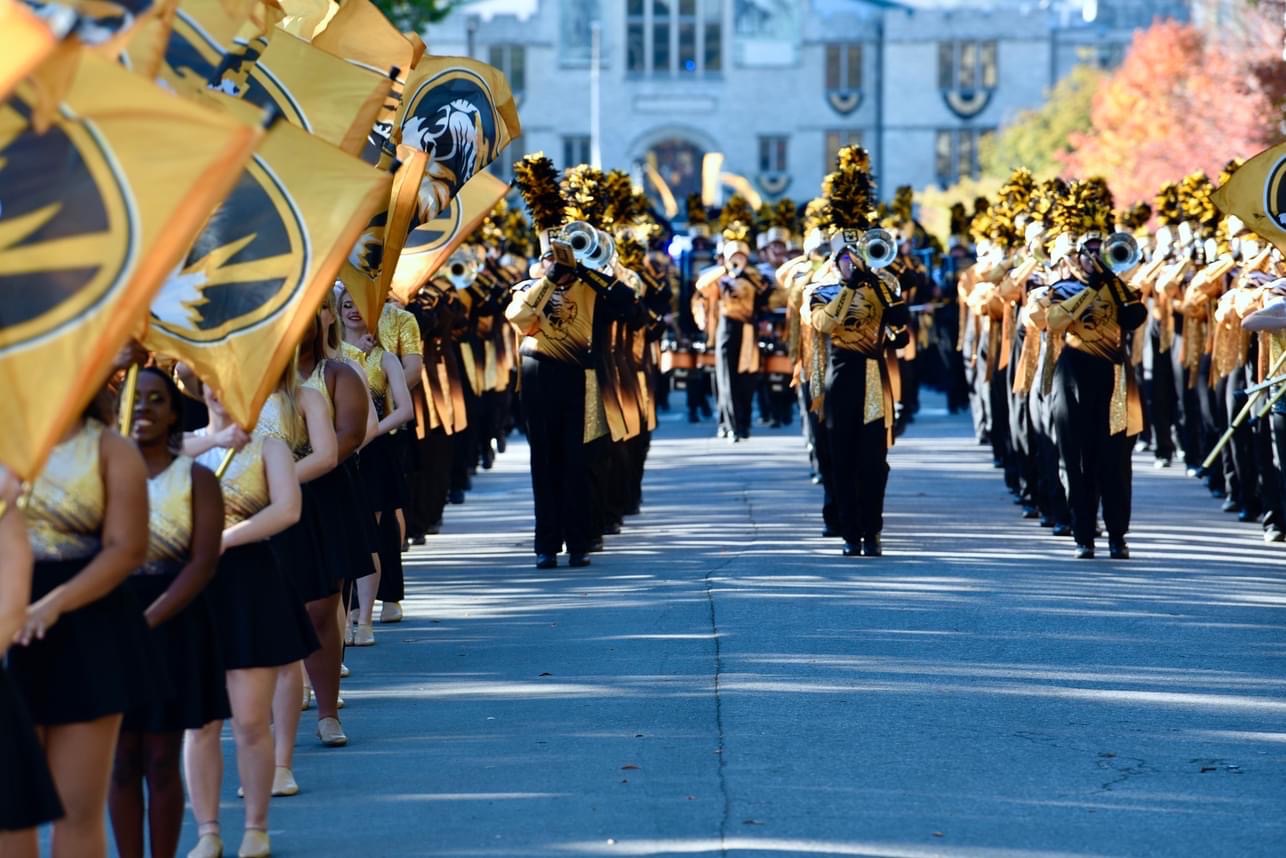 Another band program with an extremely long, successful history, now in its 132nd season, is South Dakota State University. The Pride of the Dakotas Marching Band are no strangers to performing in grand parades in front of thousands, but this will be their first appearance at the Macy’s Thanksgiving Day Parade!

Leader of the SDSU band, Kevin Kessler, serves as the Director of Athletic Bands, lead drill writer, and Assistant Professor of Music. Not only does he use Pyware as his drill design software but also to teach his students.

“Pyware just keeps getting better and better. In addition to using it for all of the Pride’s visual design, I use it in our Marching Bands Methods class. All of the students who take the class, leave with a working knowledge of the software,” Kevin said.

“The (Macy’s grid) template was so helpful in visualizing the space we will have to perform. It was fun to show students the Real View so they could really have some perspective on what they are about to do!” he said.

Kevin continued to explain how focused and productive the students have been in each rehearsal leading up to this trip. The excitement is ramping up for the whole program in anticipation of their first performance down the streets of NYC.

The Tarpon Springs Outdoor Performance Ensemble, led by Director Kevin Ford, will be returning to the parade after their last appearance in 2013. Some of the most talented high school musicians in the country comprise this prestigious program of Florida’s Tarpon Springs Leadership Conservatory for the Arts.

Representing Kentucky in their first appearance at the parade is the 2018 KMEA Class AAA State Champions and BOA Class A National Champions, the Bourbon County High School Marching Colonels. 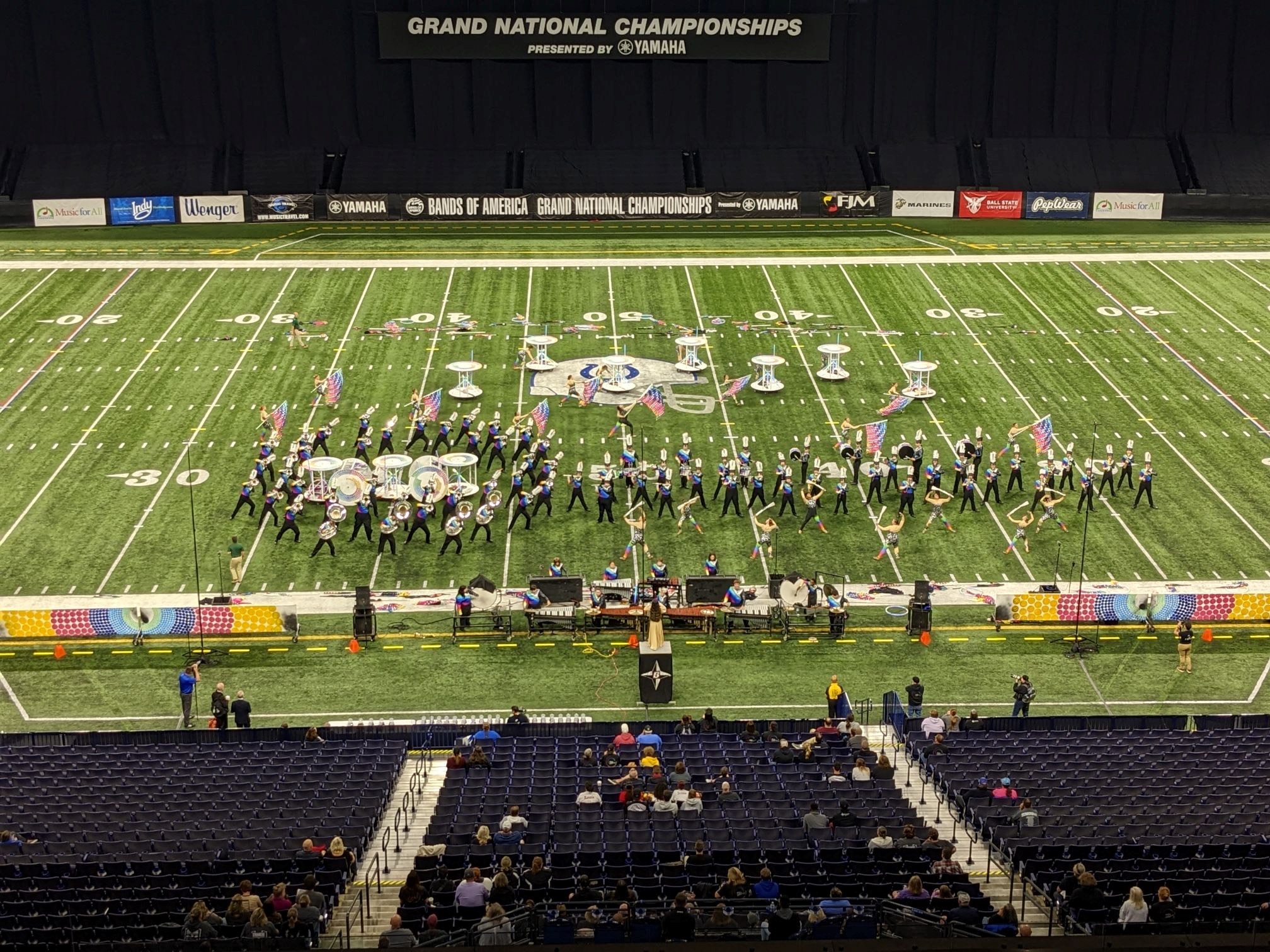 Leading this accomplished group is Michael Stone — his roles in the band include head director, drill designer, visual designer, and arranger.

“I am incredibly honored and thrilled to take this band to the Macy’s Parade for the first time. I can’t wait to see the magic light in the kids’ faces once they finally get to see New York and realize just how big of an impact they are making on the history and legacy of our band,” he said. 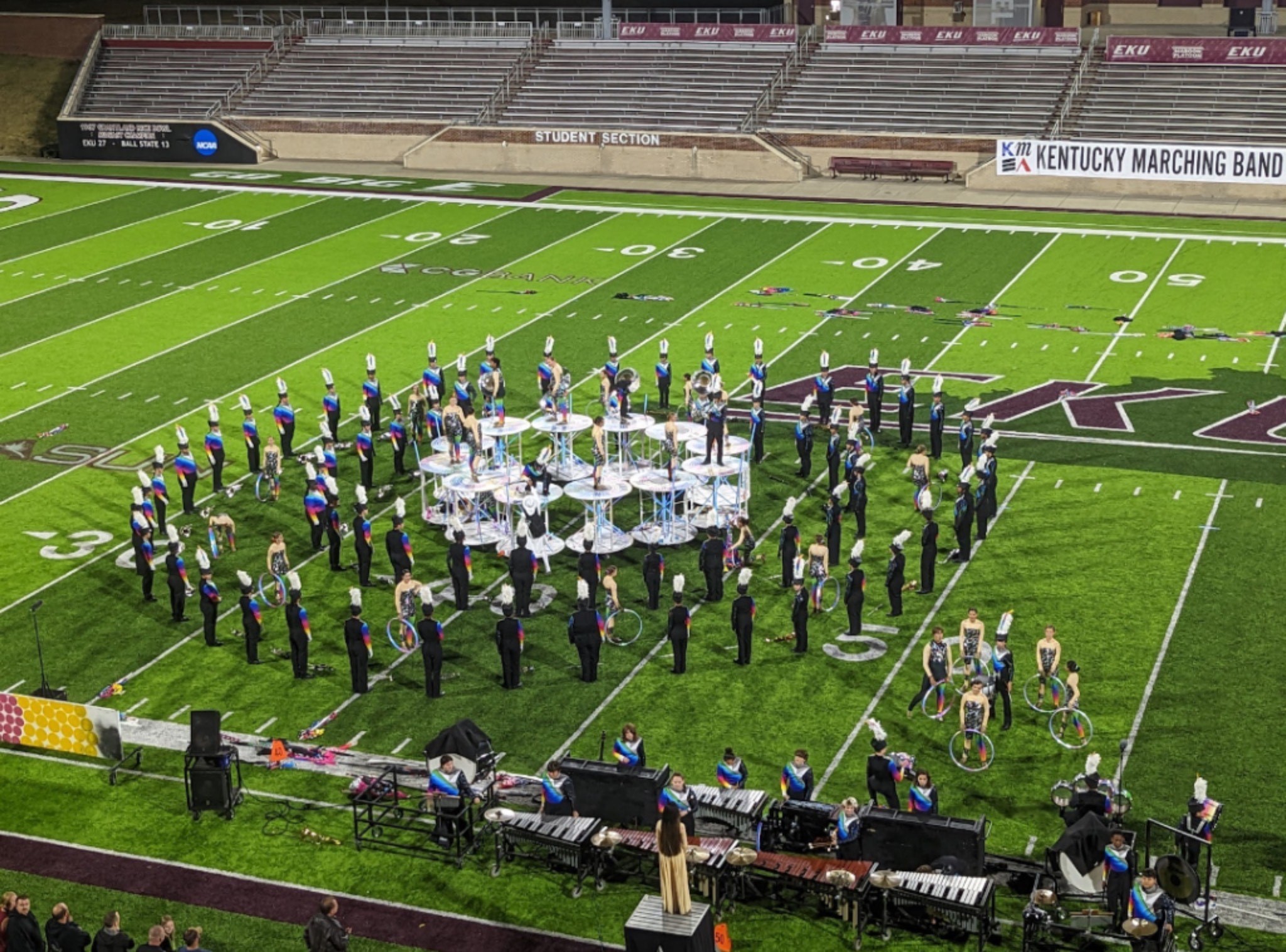 With all the responsibilities Michael holds within this Bourbon County band, he uses Pyware as an effective tool to design drill and teach his students as expeditiously as possible.

“I love Pyware. I used it to design the Macy’s show and honestly, it saved my life! I had no idea where to begin or how to… I wasn’t sure if we were using the correct parameters, but the Macy’s template helped narrow down the intimate performance zone,” he explained.

The Marching Colonels will be performing a mashup of Angels We Have Heard on High and My Old Kentucky Home, hoping to represent the pride of Kentucky and ring in the holiday season.

In 1998, Sean Daniels formed the Benedict College Marching Tiger “Band of Distinction” and with the help of current Director H. Wade Johnson, the program has become one of the most renowned HBCU bands in the south. Having performed at MLK parades, college bowl games, and battle of the band competitions, this group is used to putting on a show! The band will be teaming up with gospel recording artist, Travis Green, in their first appearance at the parade.

The Clovis North Educational Center Bronco Band is a top-ranked program, named the Western Band Association Class or Grand Champions regularly since 2010, and will be making their first trip to parade this year.

“We have been working hard to celebrate and hopefully make the great state of California proud with our performance on Thanksgiving. It was an honor to be selected and is an honor to perform amongst some of the most outstanding high school bands from across the United States,” Director David Lesser said.

The Delfines Marching Band from Xalapa, Veracruz, Mexico, led by Director Jesus Emmanuel Mendoza, consists of some of the country’s most talented young student musicians of Escuela Secundaria General No. 5 Manuel R. Gutierrez high school. At this year’s parade, the musicians will be dressed in bright colors and traditional mariachi outfits to celebrate their culture, as they perform classic Mexican tunes down the NYC streets.

Since 1979, the Queer Big Apple Corps, from New York, N.Y., has been striving to represent the entire LGBTQIA+ community through musical and artistic performance. For roughly 2 decades, Marita Begley has served as both marching director and drum major, leading the band to triple in size and earn more than 50 awards in parades across the country. They will celebrate their 43rd anniversary at this year’s parade!

Two of the nation’s favorite marching bands whose performances have become a cherished, time-honored tradition of the Macy’s Thanksgiving Day Parade over many years will once again entertain our national audience.

Again, CONGRATS to ALL the bands participating in this long-standing, highly-anticipated American tradition! We can’t wait to watch the great performances these groups have worked so hard to prepare for.