BYU and Fred McInnis March Through the Pandemic

BYU and Fred McInnis March Through the Pandemic

In the face of the disruption Covid-19 has caused for marching bands this season, programs such as Brigham Young University are working through the various restrictions to continue entertaining audiences, whether in-person or virtually. Social distancing, different rehearsal protocols, no regular uniforms, and limiting fans have not stopped the BYU Cougar Marching Band from upholding the university’s traditions.

“Through all this, the members of the Cougar Marching Band have moved forward positively while overcoming obstacles and are remaining optimistic about the future, while continuing to be one of the largest supporters of Brigham Young University and what it stands for,” Cougar Marching and Athletic Bands Director Fred McInnis, said. 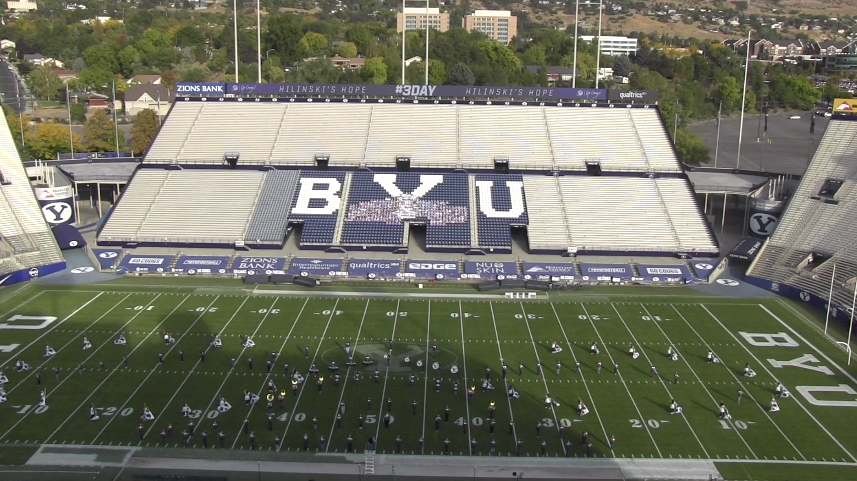 Despite the many hurdles the pandemic has created, the BYU Marching Band has remained grateful and enthusiastic just for the opportunity to keep performing — no matter the platform. Before BYU kicked off the official season, university and city mandates were released stating fans and the band were not permitted admission. So, the Cougar Marching Band pre-recorded performances to inspire the team regardless of the circumstances.

Click the link below to view their first halftime show of the 2020-21 season.

(The Pretender and The Mandalorian)

The ability to be flexible during this time has proven to be imperative in re-writing and modifying shows. “If nothing else, we have learned there is no such thing as a ‘sure thing’ and you should look around and enjoy what is happening at the moment, even if it is not what you anticipated,” Fred stated.

Director McInnis is also BYU’s Associate Teaching Professor of Music and commented on these new avenues of teaching and learning drill.

“I think online learning is the future. With the advent of student subscriptions, we will allow students to use their own copy of the software. Also, I believe the Night School and Master Classes have been needed for a long time.”

The pandemic has propelled online learning, preparing us for future possibilities — one positive outcome from this year, aside from a deeper appreciation of the performing arts.

“I have been impressed how Pyware has kept up with the times and listened to feedback from directors over the years,” Fred said. “It seems the development of the product is like perfecting a halftime show — just when you think it is done, new things come along to push the boundaries a little further.”

Leaders of the industry, like Fred McInnis, consistently fuel our passion of equipping programs with the tools to succeed and pushing the envelope of drill design. Fred is an active marching band and percussion clinician, adjudicator, and guest conductor throughout the nation. He is the author of The Complete Book of Scales and has been featured in several notable music magazines and journals.

Under his leadership, the program has been selected on four occasions to perform at national conferences of the College Band Directors National Association. They have performed at several famous Bowl games and the Bands of America Regional Championships.

Fred was also the recipient of the 2011 Brigham Award, given to those who surpass what is required of them to serve the university to the best of their ability. This well-deserved accomplishment is possibly the most telling of Fred’s character to serve and bring positivity to his program. 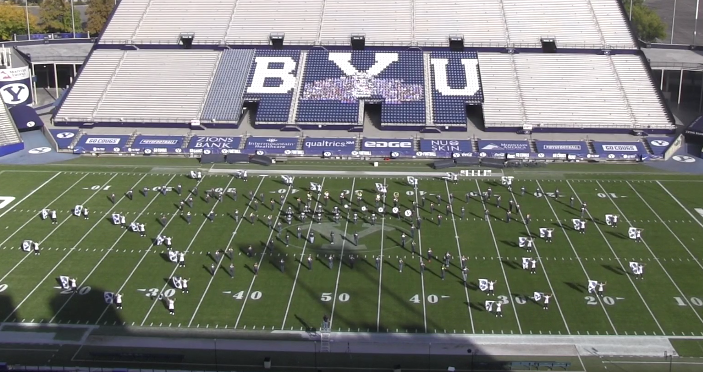 This weekend spectators AND the Cougar Marching Band are once again allowed to attend Saturday’s football game! We are thrilled for Director McInnis and the amazing band!

Be sure to follow the BYU Cougar Marching Band Facebook page to stay up to date on news and performances! www.facebook.com/BYUMarchingBand