Founder of The Marching Warehouse, James Hensley, recalls one of his first experiences watching a field show, dating back to the 1985 Drum Corps International Broadcast on PBS. This production inspired him to begin auditioning for several corps, ultimately earning him a place marching for Pacific Crest Drum and Bugle Corps in their very first competitive season.

James attended California State Long Beach and majored in Music Education. While in school, he also benefited from hands-on experience in the music arts, working with several of the top marching bands in Southern California. He began as a Sectional Coach, then started designing for the Colorguard and soon enough, was writing field shows on paper.

After considering different drill design programs, James discovered Pyware and our team has been fortunate to have had him as a customer since. 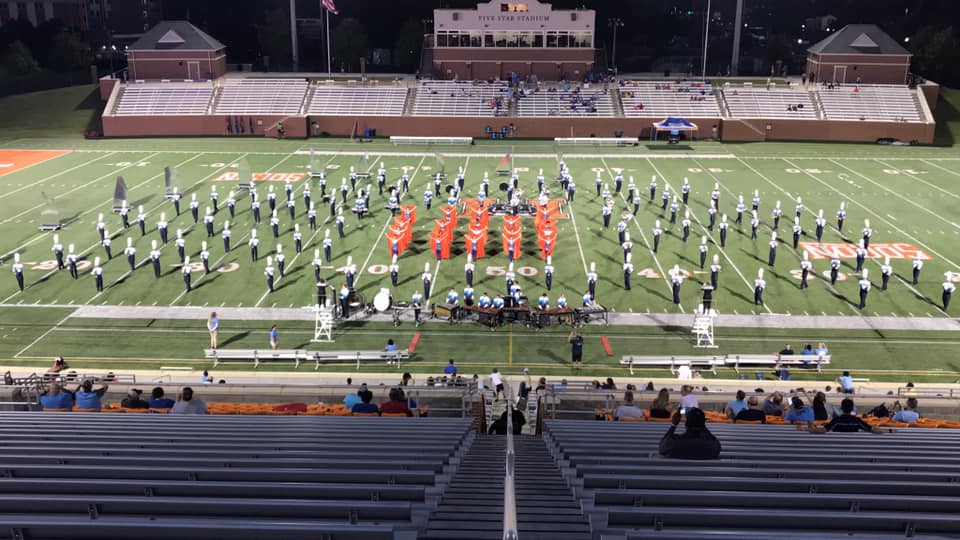 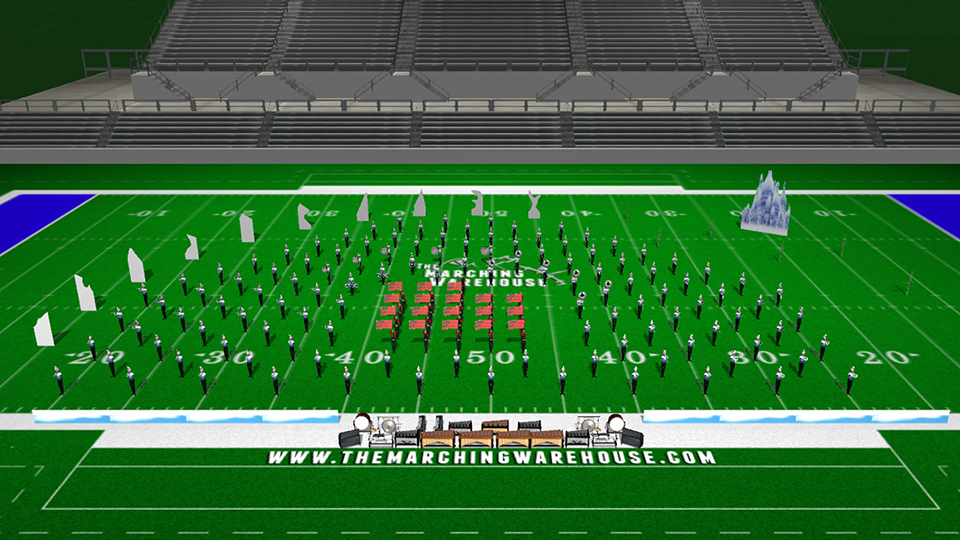 While teaching and designing, James also paid close attention to the directors as they instructed ensemble rehearsals… His mentor encouraged him to learn all different areas of a program so he would be prepared to assume the responsibilities of band director one day.

“This was one of the best experiences of my life,” James said. “I was able to refine my skills and push what I was able to write. This time influenced me more than I realized when I look back.”

In 2004, James stepped back from working full-time in the marching arts and moved to Indiana. He spent time reflecting on the process of preparing a show in its entirety and all the elements that make it successful.

“I remembered what it was like trying to source all of the things needed to put on a show,” he stated. “I figured if I could provide that to clients, schools would also be interested.”

James launched The Marching Warehouse in 2011 and has witnessed the company blossom tremendously, serving schools throughout the country. He appreciates the camaraderie of fellow designers and the support of his wife that has helped turn a dream of his into reality.

Our team is thankful with the decision James made years ago, selecting Pyware as the software he would utilize throughout his career.

“The evolution of Pyware from where I started to the robust program it is today has been incredible. I would never have imagined how much it would help me in my design process,” James said.

James entered Pyware’s first drill design competition, the Pyware Social Distance Drill Challenge, and his drill landed a spot in the top 10! As drill writing season came to an abrupt halt, this competition was a fun way to continue writing and keep design skills sharp and creative.

“The Social Distancing Challenge was a blast!” James said. “I am looking forward to the next challenge. I can only imagine what twists and turns they have in mind for it.”

Rules and registration for Pyware’s Second Social Distance Drill Challenge will be announced Monday July 20th! Don’t miss out on a chance to win a $1,000 prize!