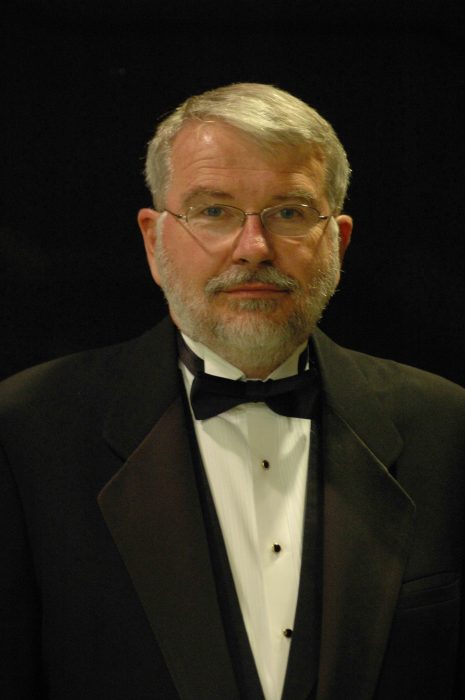 Posted by Barbara-Scott Kolb on February 18, 2022 | Featured | No Comments

Jeffrey Smith is a gifted music educator, especially celebrated in Connecticut, with awards including two-time Connecticut Secondary Music Educator of the Year, the CMEA Student Affairs Commission Award recipient, and the Western Connecticut State University Alumni Band Director of the Year. He is also a longtime friend and supporter of the Pyware Team.

In the early 1980’s, serving as Norwalk High School’s band director, Jeffrey discovered Pyware during one of the software’s initial demonstrations. Jeffrey and a director from a nearby school district, Don Mactavish, came across the Pyware exhibit at the Connecticut Music Educators Association Annual Conference. They were both thrilled and relieved to see a product that could revolutionize the taxing, laborious process of writing countless pages of drill by hand.

“We were tired of handwriting pages of drills with dots, labels, and instructions, never truly knowing how the transitions would flow,” Jeffrey said. “Pyware seemed like a wonderful tool to mitigate these problems, so we were determined to try it out.”

After spending hours discussing the technology and this new way to write drill, they brought the idea of investing in Pyware to their school district. The Norwalk Public School Coordinator of Technology agreed to purchase the program, plotter, and an Apple IIe computer with dual floppy drives.

Jeffrey had little knowledge of computers at the time, with only brief experience with the 1979 Apple II Plus. After many all-nighters learning to navigate the Apple IIe computer, Appleworks, Encore, and Pyware, he was able to put a Norwalk High School field show on disk.

“Don and I would chat regularly about the program and share tricks and shortcuts we had discovered. And not through today’s online chat, but on a land line with a rotary dial phone.”

The two started designing during the budding phase of Pyware, that was much more labor intensive than it is today. Jeffrey explained starting with the lasso, box, and pointer selection tools, coupled with the point, line, arc, and circle drawing tools. There was no real view perspective or visual editor at the time, and the early charts did not have the step grid.

“I was just looking over drills I wrote in the late 90’s to early 2000’s. We all would have given anything to have had sky cam, the 3D App, UDB, and to have been capable of synchronizing the drill to an audio track and sending the drill animation as a movie to our clients!” 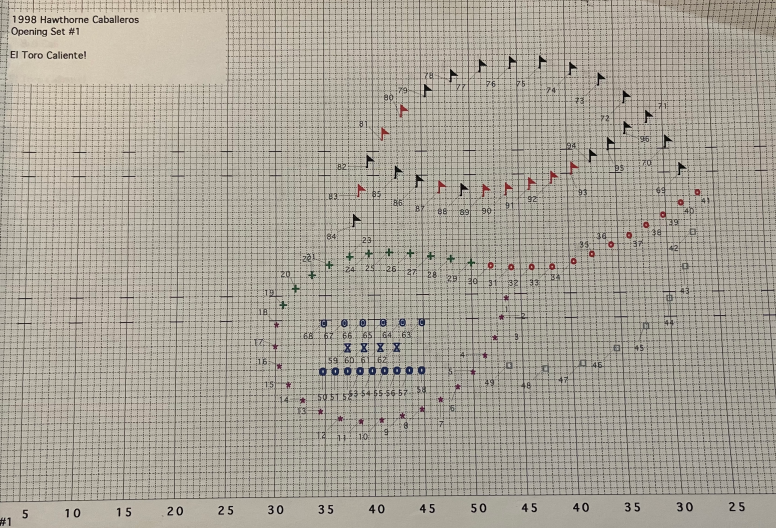 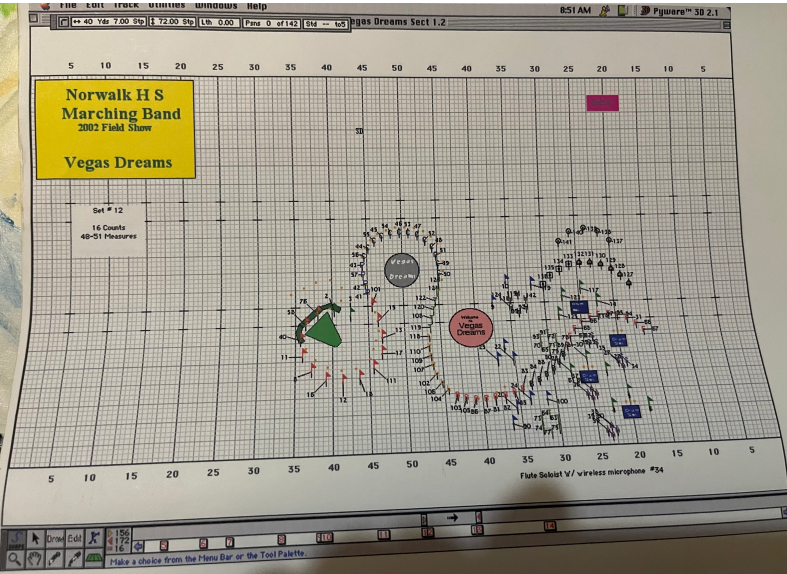 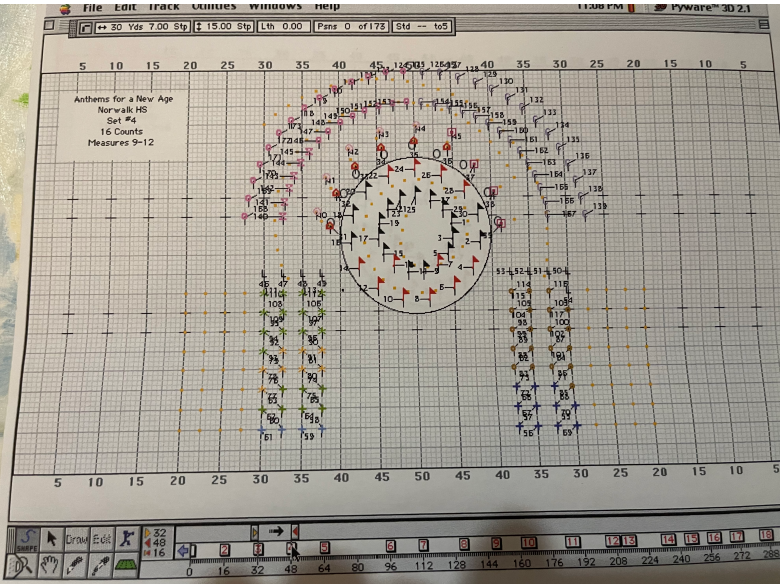 Jeffrey had firsthand experience using Pyware during the advancements of both the software and technology, simultaneously. His first experience with Pyware tech support involved calling on his rotary telephone and often waiting a few days to receive an answer.

“As computers progressed, Pyware also progressed. From my perspective, as technology advanced — beginning with the email in 1985 — it enabled Pyware to become the company it is today,” Jeffrey stated. “Designers now have immediate access to answers for any questions that arise. Outstanding customer service, incorporation of customer input, and access to information has set Pyware apart from all others.”

Jeffrey gradually mastered more functionalities of Pyware, while also pursuing a degree in music education. He received both Bachelor and Master of Science degrees in Music Education from Western Connecticut University. His teaching career began at Norwalk High School, where he is now included in their Wall of Fame. During his tenure at Norwalk, the performing groups he led consistently received superior ratings at the nationally competitive level. He also served as the Secondary Methods Instructor at Western Connecticut State University and Visual Designer for the University of New Hampshire. Additionally, he designed for numerous high schools, winter guards, and percussion units throughout the New England region.

Jeffrey has extensive design experience with various performing groups, not only marching band, which is why he believes versatility is one of Pyware’s greatest strengths.

“Designers can write for drum corps, Soundsport, winter guard, winter winds and percussion, theatre, and dance — all through use of the grid designer,” he said. “With the advent of the visual editor, virtual performers in the written drill have appropriate uniforms, equipment, upper and lower body movement, props, and floor coverings to match each show.”

Jeffrey holds membership with several reputable organizations including the National Association for Music Education and the American School Band Directors Association. He has adjudicated nationally for Drum Corps Associates, U.S. Bands, and the National Federation of Music Clubs. He is also serving as Judge Coordinator for the Musical Arts Conference.

Jeffrey has left his stamp in music education and the visual arts, serving an array of groups for the past 4 decades. Throughout the span of his career, Jeffrey sampled various drill design software but kept returning to Pyware 3D.

“In 1982, I was unaware of any other company that provided drill design software. Over the years, many other companies have developed programs. Out of curiosity and the need to keep my collegiate students current, I tried every software in the visual design industry,” Jeffrey explained. “None of them compared with Pyware. More importantly, none of them had the robust customer service protocol and consumer education program that Pyware provides.”

Our team at Pyware is beyond grateful to have had such a true-blue Pyware user and advocate since the company’s inception.

“Each Pyware program update offers designers new and exciting enhancements in an already well-refined, versatile, and innovative tool,” Jeffrey stated. “I look forward to many more years of working with Pyware, as the company continues to lead the industry.”