The moment Jeremy Oliver took the field, he fell in love with the marching arts…

“I think I knew from my high school marching band camp 15 years ago that I wanted to be involved in the activity as long as I possibly could,” he said.

Following high school, Jeremy remained involved in the activity intermittently, while deciding which career path best suit his goals in the music arts. He marched for Western Michigan University in college, then joined the Blue Stars Drum and Bugle Corps. Throughout his time performing, Jeremy realized his aim was not to be a band director but a visual designer.

He was a founding member of the renowned, award-winning performance ensemble, Rhythm X Winds. After concluding three seasons marching tuba and euphonium with the group, he continued as their visual instructor. Jeremy learned a vast majority about the writing process with Pyware by watching the talented Tim Fairbanks of Rhythm X.

“Watching and learning from Tim helped show me the incredible flexibility and power of Pyware as a program,” he said.

He continued, discussing how the software is a beneficial asset even within the indoor realm, in which live staging is a predominant tool.

“Having the ability to come to a staging block with a strong idea sketched out is a huge time saver and stress reliever. Being able to have an idea and put it into a program that delivers a very realistic animation of that idea is such a powerful tool.”

Jeremy competed in our team’s first drill design contest, the Pyware Social Distance Drill Challenge. Participants were challenged to create a field show with performers remaining 6 feet apart throughout the entire drill. Jeremy’s drill secured a spot in the top 10.

“I had previously not dabbled too much with some of the more advanced functions of Pyware, like the Visual Editor and Sketch Library,” Jeremy said. “The social distancing challenge was a really great opportunity to spend some time getting an even better grasp on the mechanics of Pyware.” 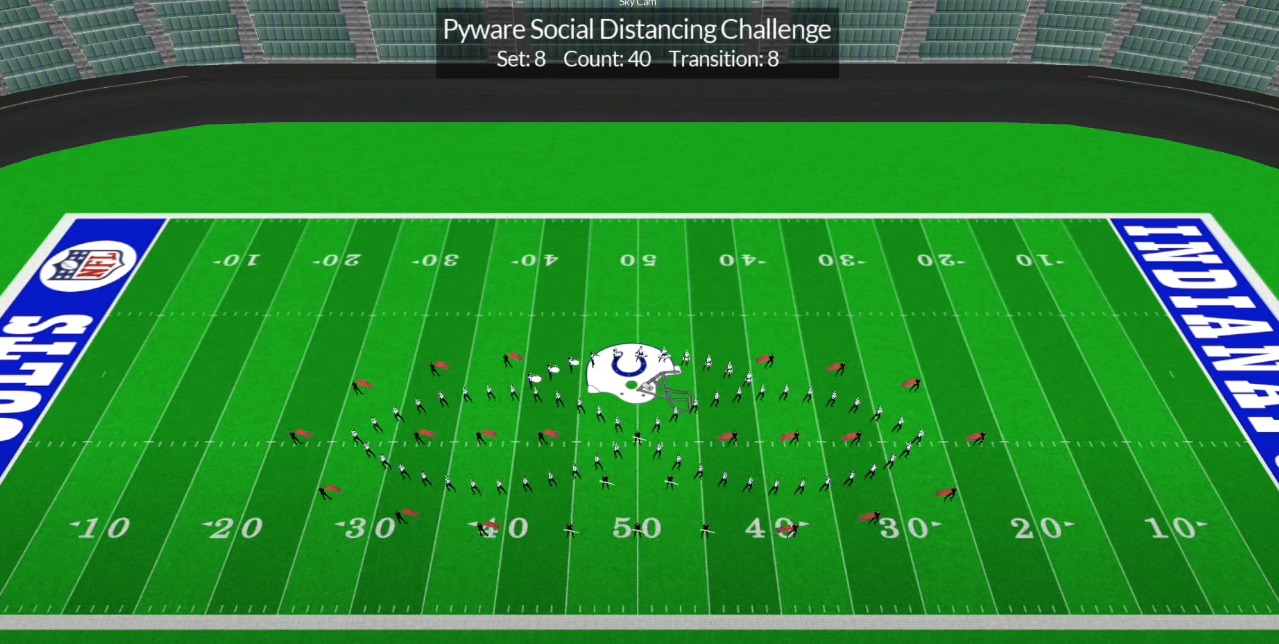 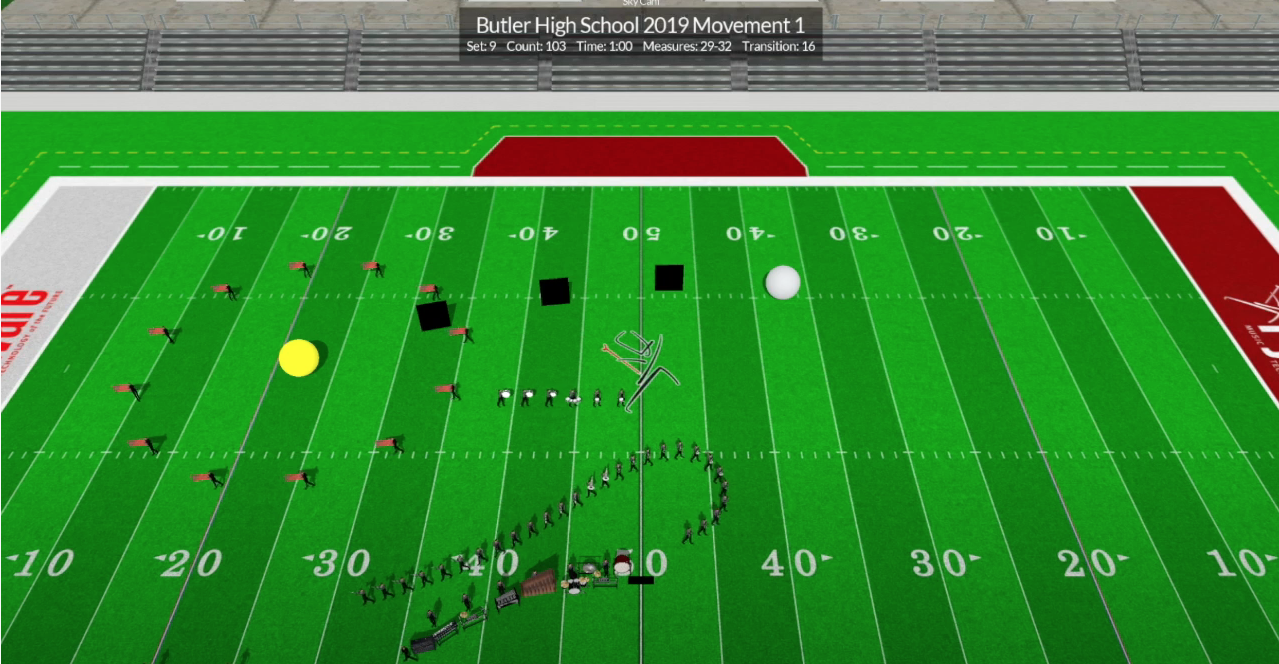 After the abrupt ending of WGI’s season and the cancellation of the DCI tour, our team wanted designers to benefit from a fun competition to deeper explore the software during this unfortunate time.

“I definitely feel much more confident and efficient using the program than I did before the challenge,” Jeremy stated.

The Pyware team cannot wait to see what designers bring to our next challenge taking place in 2 short weeks! More details coming soon…