For over 125 years, the Louisiana State University Tiger Marching Band have been building a reputation as one of the nation’s most recognized, powerhouse marching ensembles. From what started as a 13-member group has flourished into a massive marching ensemble of over 300 members, “The Golden Band from Tigerland.”

LSU has had tremendous musical leaders since the program’s inception, but it was not until 2019 that the program hired its first-ever African American band director…

Dr. Kelvin Jones is currently serving as the first Black Director of the Tiger Marching Band.

“LSU is a very storied program, rich in tradition and history spanning over 125 years, so to be the first in anything is out of this world,” Kelvin said. 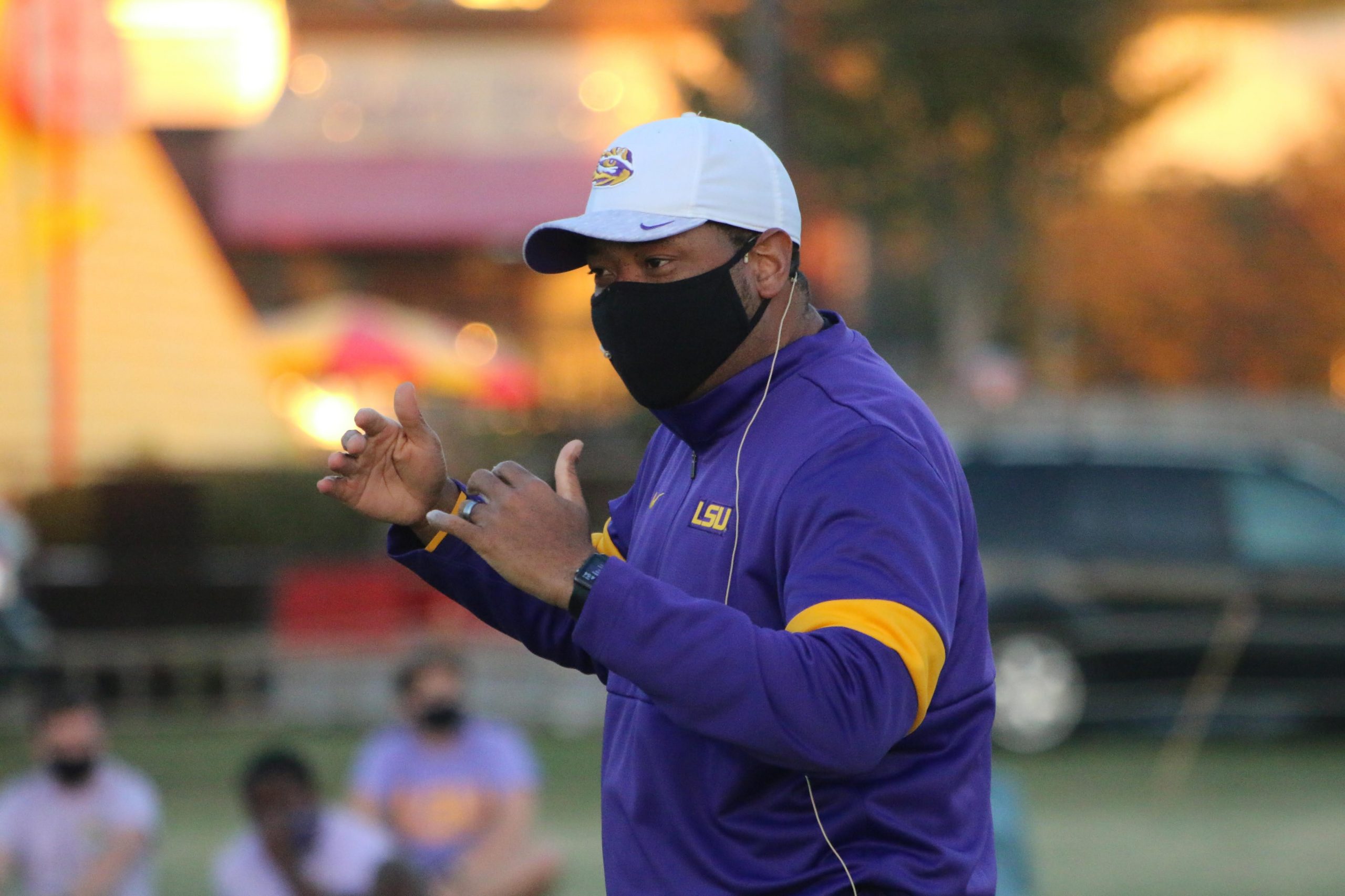 The opportunity to direct the LSU Tiger Band — winner of the Sudler Trophy, otherwise known as the Heisman trophy of college marching bands — holds such gravity for Dr. Jones.

“It is surreal but amazing; the program holds a very near and dear place in my heart,” he said.

Kelvin completed his graduate studies at LSU and worked as a graduate assistant for the band, providing him an invaluable experience to gain in-depth knowledge of the program’s structure. He also grew up as an avid LSU football fan, which made this career opportunity even sweeter…

“I was a LSU sports fan even going back to the Curley Hallman and Gerry Dinardo days. Marrying a love for athletics and music is a match made in heaven for me.” 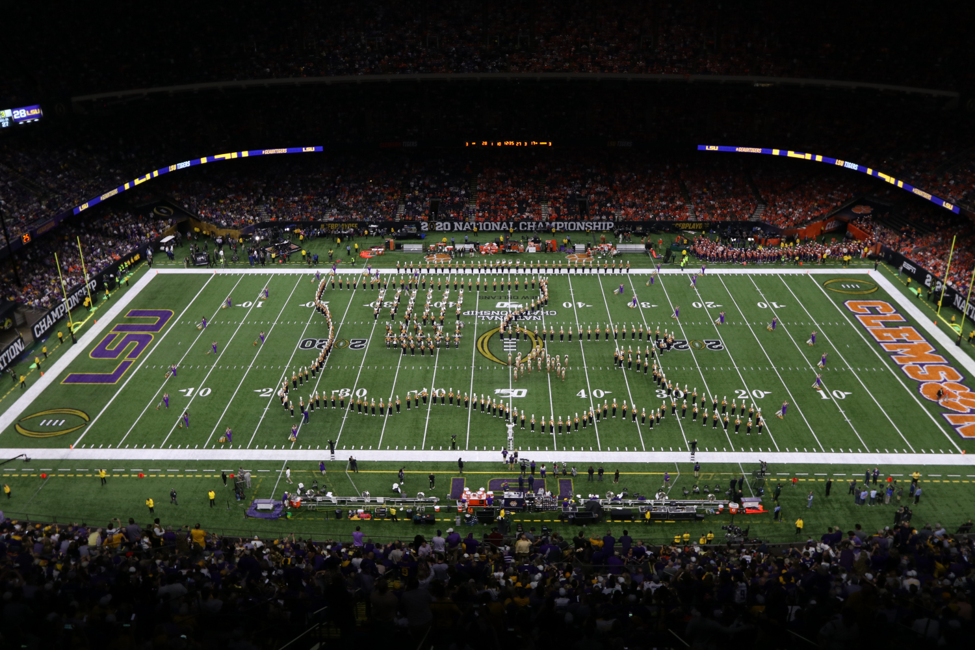 Kelvin Jones was an ideal candidate for the LSU Tiger Band Director position, regarding both musical qualifications and advocacy for the university’s values of inclusion and equal rights.

The Tiger Band was inducted into the Louisiana Hall of Fame in 2009, continuing to honor and further build upon its exemplary history of distinction. The band has performed at NCAA College Playoff and National Championship games, NFL halftime shows, Battle of the Bands, the Zulu Mardi Gras Parade, and the St. Patrick’s Day Parade in Dublin, Ireland. 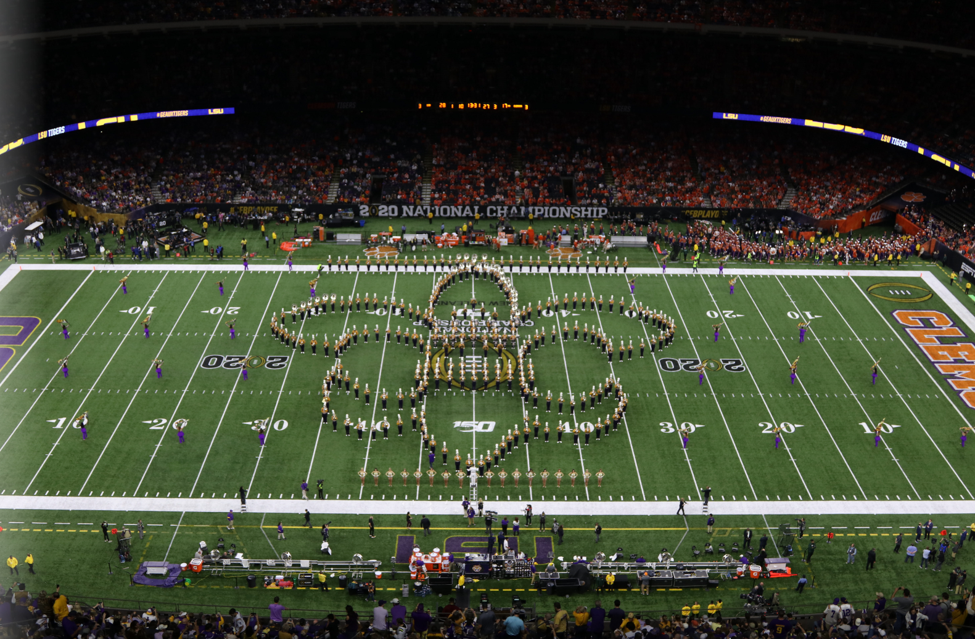 This past season was unlike any other… Our team at Pyware did our best to accommodate designers, directors and programs during unforeseen circumstances stemming from the pandemic.

“Once we figured out how to do band safely, Pyware was instrumental in creating the content we needed to revamp and shape things,” Kelvin stated.

Kelvin and the Tiger Band, along with so many other band programs, are anxiously awaiting a new 2021 season.

On behalf of the Pyware team, we want to congratulate Dr. Kelvin Jones for an impeccable career that is only continuing to thrive! it has been our pleasure to watch him surpass milestones, use his platform to influence communities and reach tremendous success, on and off the field.