Posted by Barbara-Scott Kolb on April 9, 2020 | Featured | No Comments 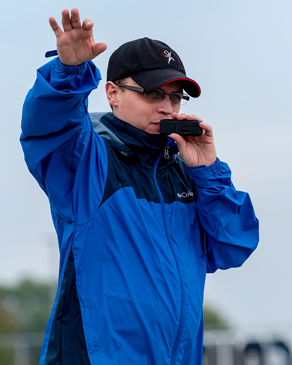 Kevin Nevsimal was a freshman in the high school marching band when his mother called him into the room one day to watch a band performing on PBS. This happened to be the 2001 Drum Corps International World Championship and that band was The Cavaliers… He was instantly enthralled by the group and the way they could sprint across the field with such precision. That performance made a lasting impression on Kevin, inspiring him to join The Cavaliers just a few years later.

From 2004 to 2008 Kevin marched in the mellophone section and as a member he was able to witness firsthand the phenomenal productions the visual team was able to create. His time as a Cavalier only nurtured a growing interest for drill design.

Kevin attended Northern Illinois University with the intent to be as involved in NIU’s marching band as he could. Marching both as a mellophonist and drum major, he also wanted to contribute creatively to the visual aspect of their shows. So, he asked the director if he could help write drill…

“My director agreed and instead of a payment for the first season of writing, he would purchase me my own license of Pyware,” Kevin said.

The first year he got his feet wet with Pyware 3D and drill design, helping to write a handful of shows with his director. Shortly after, Kevin began writing all the drill for NIU, landed his first drill writing gig for competitive marching band in Illinois, and has been writing drill for different ensembles ever since. 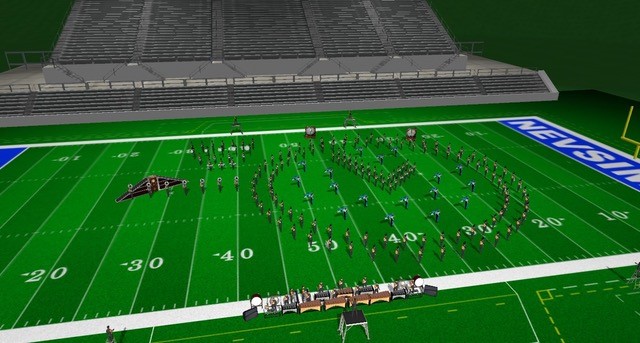 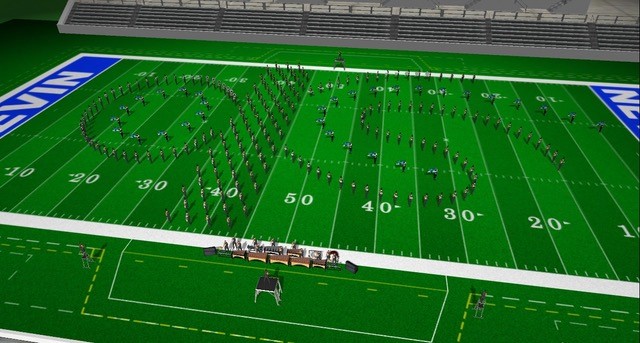 A few years ago, the drum and bugle corps that initially inspired his aspiration to become a drill writer offered him an incredible, unique opportunity. The Cavaliers decided to form Chromium Winds, a co-ed independent open WGI wind ensemble, and requested Kevin Nevsimal serve as their drill writer and visual caption head, which he enthusiastically agreed to.

Ever since Chromium’s inception in 2017, they have earned the title of the WGI’s Independent Open Winds Champions three years consecutively. 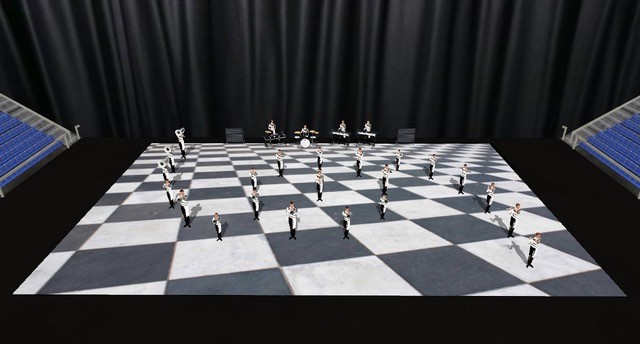 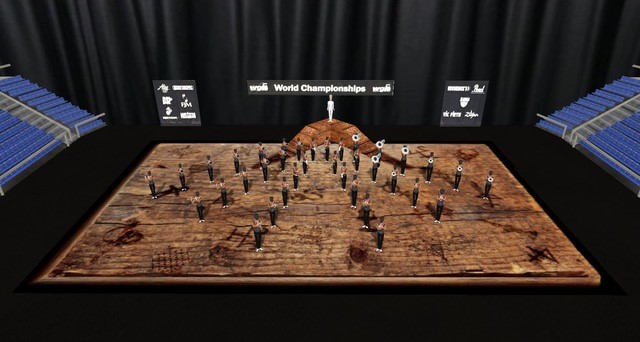 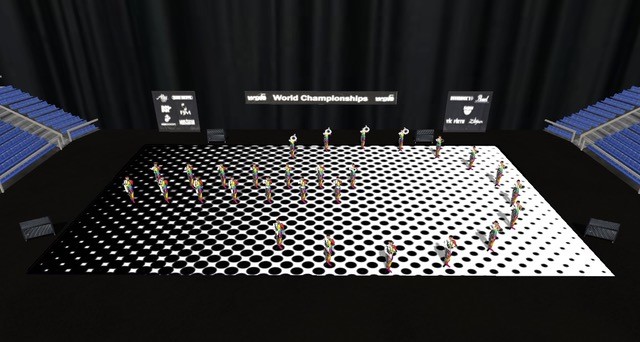 Kevin utilizes many different tools the software has to offer in order to prepare a virtual replica of how the performance will be presented in real time — not only is this beneficial for the performers but the entire staff.

“I like to put in our actual floor, uniforms similar to the ones we will be wearing, and any props or anything else we want into Pyware,” he said. “This allows our design team to get a better sense of how it is going to come across in the performance.”

Kevin sat down with us for a Pyware Homeschool Master Class to discuss how to use various shortcuts and graphics tablets for efficient writing. Click the link below to view the session!

Not only does our team appreciate the chance to play a role in the careers of our customers, but we truly value their input as to how we can improve our product and support.

We continue to add features to improve and expedite the writing process and have implemented features designers such as Kevin have suggested!

“The greatest part of Pyware is without a doubt the customer service. Never have I had a problem arise with the program that they haven’t been able to troubleshoot, and in an incredibly timely manner,” Kevin stated.

Thank you, Kevin, for sharing your story with us and congratulations on all of your success thus far! Our team will continue following you and your work. We’re proud to call such a talented designer a Pyware user!