My Take on World Class Finals

My Take on World Class Finals 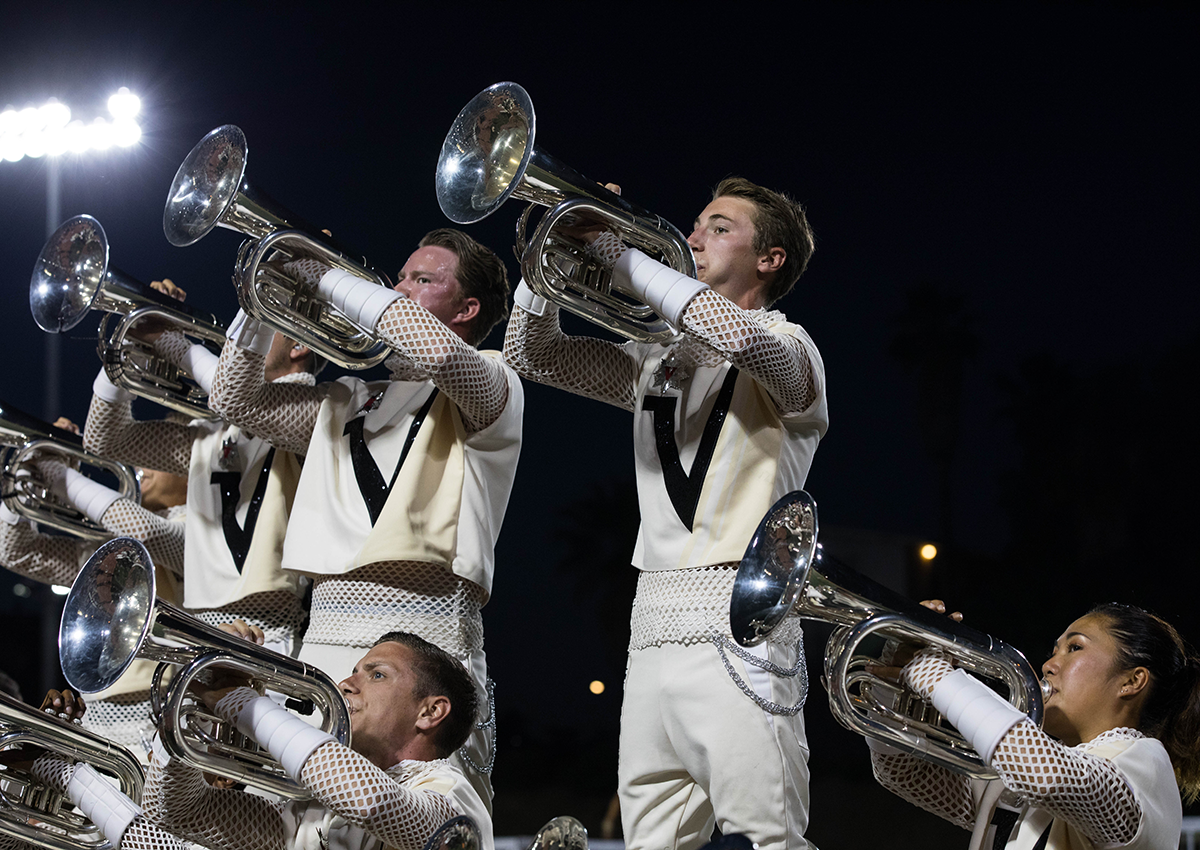 Before I begin…The Pyware team would like to send our congratulations to Santa Clara Vanguard and Michael Gaines for earning the title as the 2018 Drum Corps International World Champions! What an incredible honor and so exciting to witness!

August 11th, 2018 marked the Drum Corps International World Championship Finals. The top twelve of the world’s most adept, skilled drum and bugle corps took the field at the Indianapolis Lucas Oil Stadium. I was on the edge of my seat (read: couch) every time I heard the announcer shout, “Drum Major, is your corps ready?!” and consistently blown away as each of the corps marched off the field.

This past July I had the privilege of witnessing my first DCI exhibition and was completely floored at the level of talent and athleticism these ensembles displayed. Subsequent of my experience watching such unique and competitive performances, I gained great appreciation for the activity. I was eager to watch the World Championship! As I am becoming more familiar with the activity, I thought I would try my hand assessing the corps performances by a few factors that caught my eye (and ear) – uniforms, musicality, drill, props, and theme.

I was thoroughly entertained watching each of these ensembles perform. Although, there were a few that proved to be some of the most aesthetically brilliant performances I have ever witnessed.

As a humble bystander and recent drum corps dilettante, here’s what I saw. Feel free to post your opinion below!

Delivering the most imaginative performance of the evening, I believe the Boston Crusaders stole the show. The performance began with a tarp resembling that of a seashore draped across the end zone and the color guard positioned to spell out “SOS”. The props and the drill were designed perfectly to match their theme of stranded people on an abandoned island. The athletes executed a brilliant performance. Although the artistry and vision of the show was a product of their ingenious design team and visual staff. The music paired with the theme: hair-raising and high volume in the climactic moments as they were stranded on the island; soft and harmonious when they were rescued. The show had a thrilling, cinematic quality that made the Boston Crusaders’ performance my personal favorite. They did not take home the overall victory, but it was no surprise they won the caption for best color guard.

My second favorite performance had to be the Blue Devils. Their horn section was sensational! The sheer power and tone were unrivaled. The Blue Devils music selection featured hits from some of music’s biggest legends and had the audience on their feet. They seemed to have the most chemistry as a unit and their energy was infectious. The props and theme incorporated were equally as creative as that from the [Boston] Crusaders. Conveying a swanky, jazzy vibe they wore outfits from the 40’s and pieced the props together to look like an old-fashioned diner. The star of the show was the horns. Nevertheless, each section had a time to shine and worked together to deliver one of the best finales in perfect unison.

Possibly the largest production in DCI history came from the Sacramento Mandarins. The corps managed to create a monstrous, 6,000-pound rotating stage! The Mandarins program directors and arrangers stated that they practiced the entire season to put that “beast of a stage” together without receiving a penalty. The design team was ecstatic that they managed to pull it off in their most important competition to date, flawlessly.

I can imagine it takes an army to execute such complex performances. And the amount of practice it must take to perfect them?! The passion exuded from each member of these exclusive corps was truly inspiring. Some musicians broke down in tears as they marched off the field, as if they realized all their hard work had come to fruition. My respect continues to grow in leaps and bounds for these incredible athletes!