OU Off to Orange Bowl

OU Off to Orange Bowl 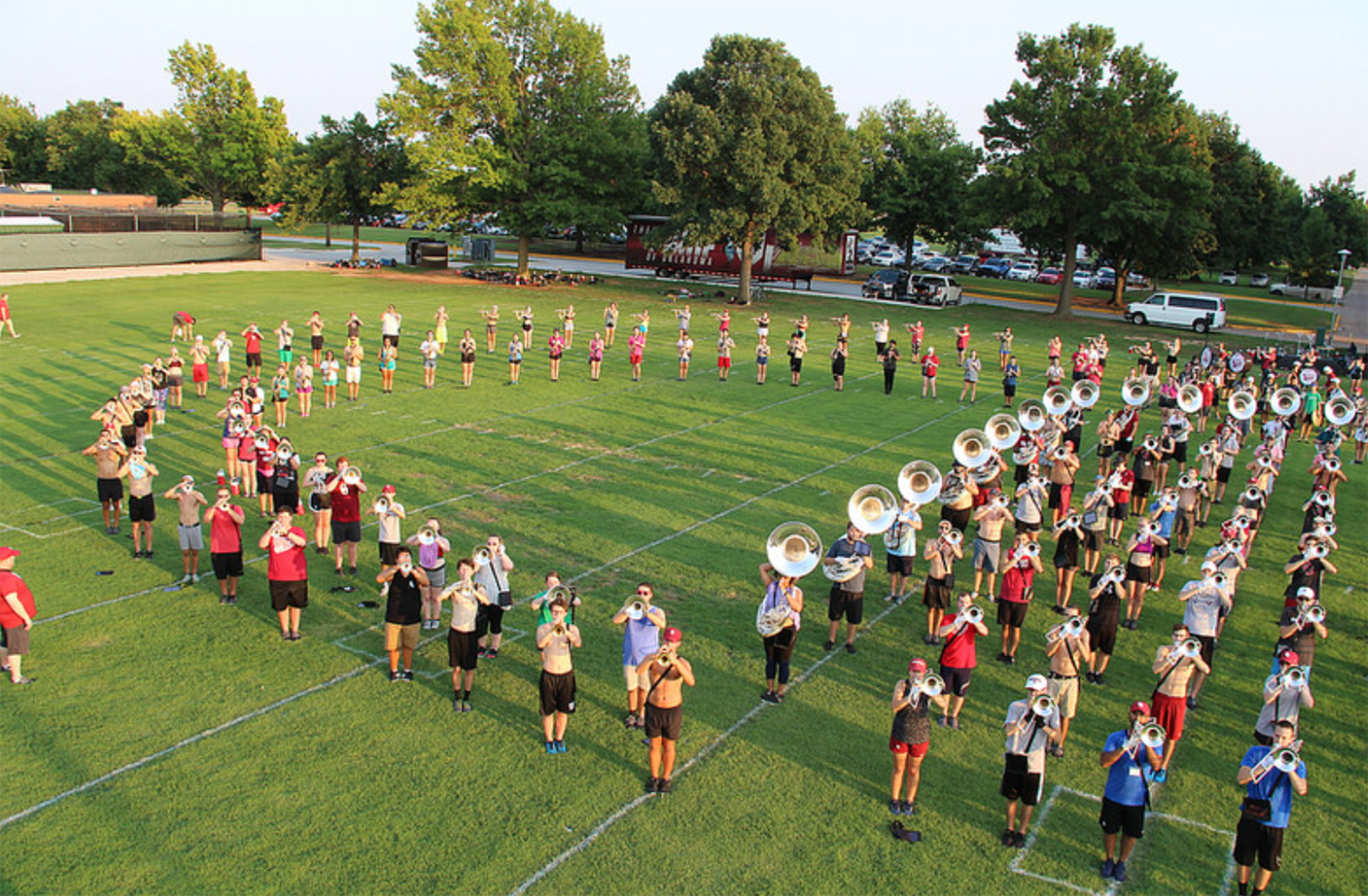 Posted by Barbara-Scott Kolb on December 26, 2018 | Featured | No Comments

The University of Oklahoma Marching Band, more commonly known as “The Pride of Oklahoma,” is comprised of 325 members and will be performing at this year’s Orange Bowl. This 2018-19 season presented the program with a jam-packed schedule. Rigorous training, physical practices, along with the burden of classwork can be a tall order. Nevertheless, “The Pride” believes this program and the University of Oklahoma deserve their maximal effort.

“The dedication our students put behind the rehearsals and performances speak volumes about their desire to be a part of this program.” stated the Assistant Director of “The Pride,” Brian Wolfe.

The members of “The Pride” this season prove to be one of the most unique in the history of OU. The commitment these student-athletes exude in rehearsal rivals that of their profound discipline in the classroom. They represent every major on campus and roughly 80% are non-music majors. Many have achieved the Dean’s List and have become members of the National Merit Scholars, Regent’s Scholars, Honors College, Eagle Scouts, Byrd Scholars, and Goldwater Scholars. “The Pride” continues to preserve the integrity of the Sooner culture both on and off the field.

To kick off the season, the program faced five back-to-back home games. The directors were slightly concerned for the athletes physical and mental endurance beginning the season with that strenuous of a schedule. It is our mission at Pyware to design products to relieve pressure from students, directors and drill designers preparing to perform and attempt to elevate the show to its fullest potential.

“We did not want to stress the band out having to do multiple, back-to-back shows; with Pyware and the 3D Viewer App on their iPad, it has made learning so much faster and less stressful on the students,” said Wolfe.

The 3D Viewer App Pyware offers is intended to expedite the learning process and speed up rehearsal time to for students and directors to have the utmost confidence they are prepared for performance. In addition to saving materials (ex: printing), time (ex: printing) and energy (ex: printing), the student-athletes can visualize the routine on their iPads before stepping foot on the field.

“I have only used Pyware with “The Pride” and I am amazed how fast the band is able to learn drill. It is second nature for me to use Pyware; if you put a paper dot sheet back in my hands I wouldn’t remember where to start.”

Schafer added, “Being able to see forms and watch the animations in real time is a game changer for the students learning the drill.”

Pyware is thrilled to have had the honor of assisting the distinguished “Pride of Oklahoma,” especially this season’s unique group of student-athletes. They have an authentic bond with one another, sharing the goal to do their very best to represent their program and university as each deserves. Which is why “The Pride” could not be a more suitable title for this program.

“It’s hard to put in words the amount of happiness and pride I have when I take the field with 325 of my best friends. Although challenging at first, resources such as amazing staff, reliable leadership and the Pyware system technology made it all worth it.”

Since August, “The Pride” has repeatedly practiced their traditional pre-game home performance. They will be performing that time-honored routine before the audience of the 2018 Orange Bowl.

Pyware is so extremely grateful to contribute to the preparation of what we know will be an extraordinary performance from “The Pride of Oklahoma.”