Posted by Barbara-Scott Kolb on March 5, 2020 | Featured | No Comments 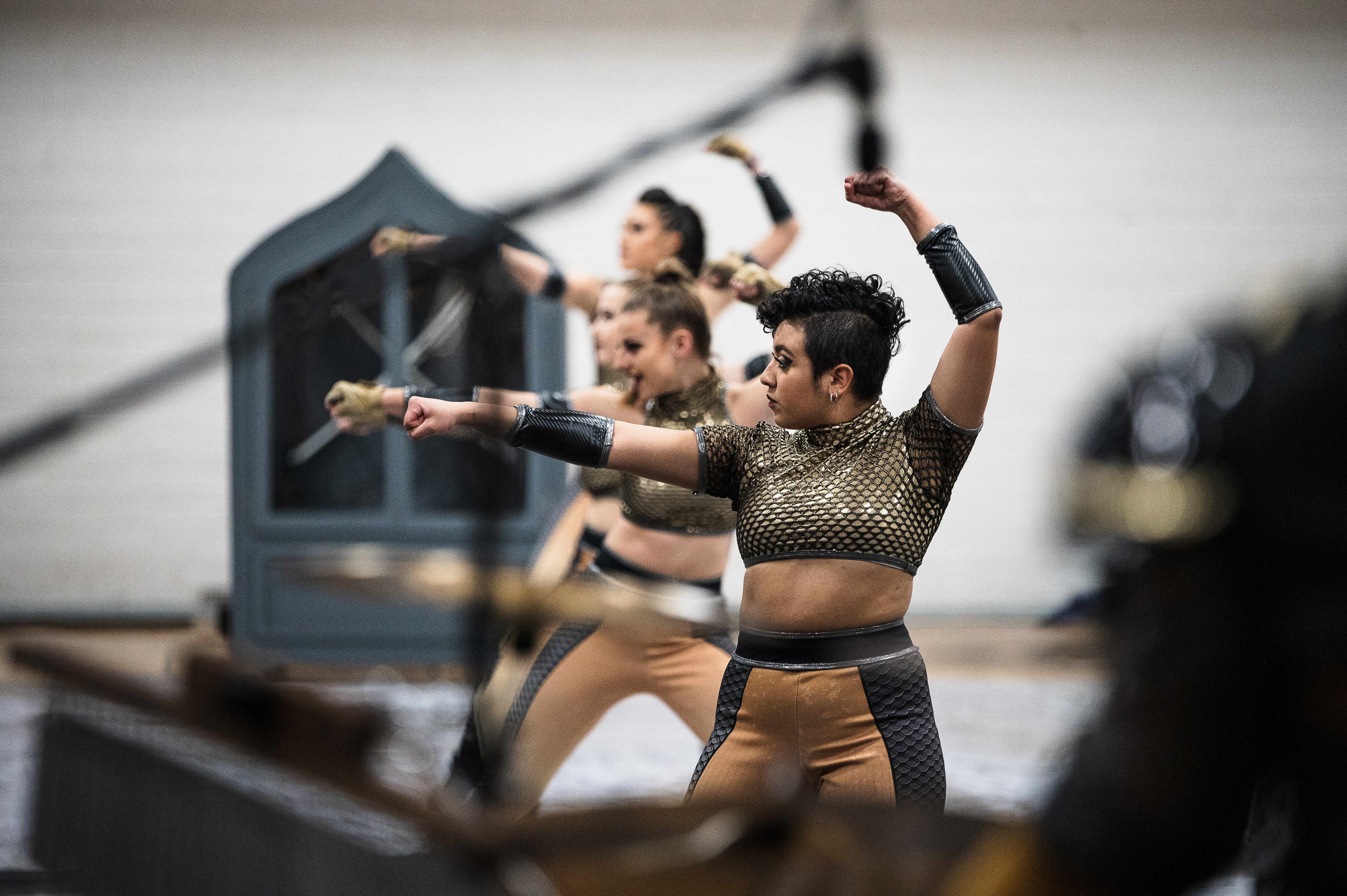 The frigid weather did not do any favors for the truck transporting Rhythm X’s equipment to the WGI Chicago Regional, as it froze the brakes. While in the shop, Tim Fairbanks and his group decided to err on the side of caution in case the truck didn’t arrive in time and think about a preliminary performance with no instruments.

As they began brainstorming ideas, they referenced Redline’s historic showing. A group who also found themselves in a similar predicament when their truck broke down in the commute and were left with a stage, their imagination, and whatever instruments they managed to borrow.

Rhythm X had to come up with some sort of performance in order to make it to finals… So, with a bongo solo and clash of cymbals, Rhythm X delivered “Crashy Bongo,” a performance the viewers and the group won’t soon forget. 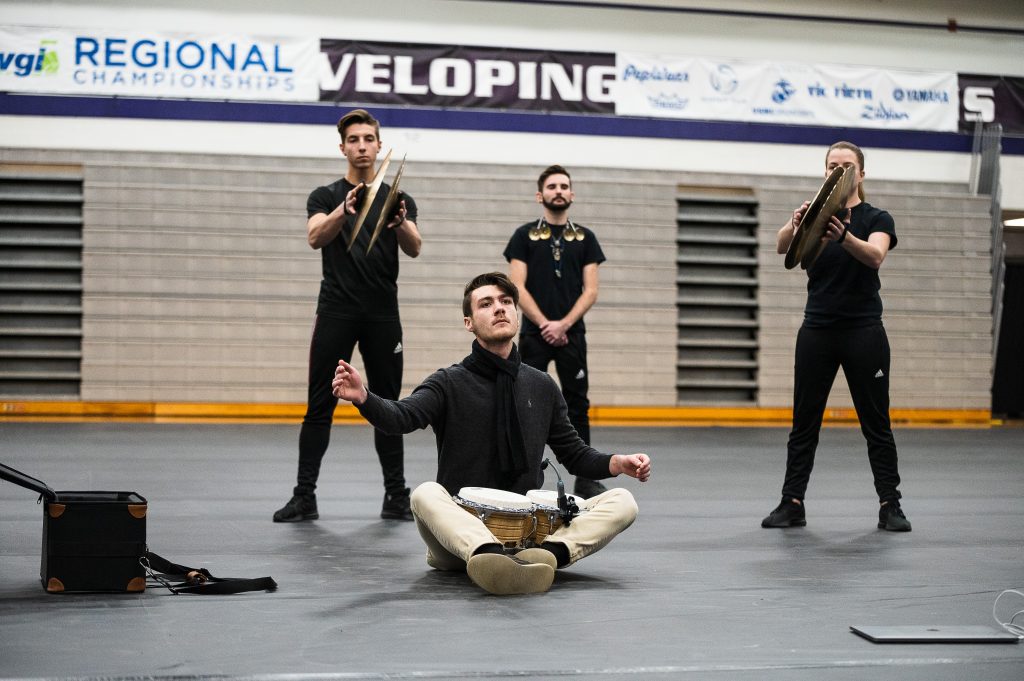 As memorable and comical as it was, the group was left with a whopping 29.75 score from the preliminaries.

Fortunately, their truck made it to the venue in time for Rhythm X to forge into finals. In an epic comeback, the group’s score skyrocketed from prelims as they earned an 82.60 and won the show. 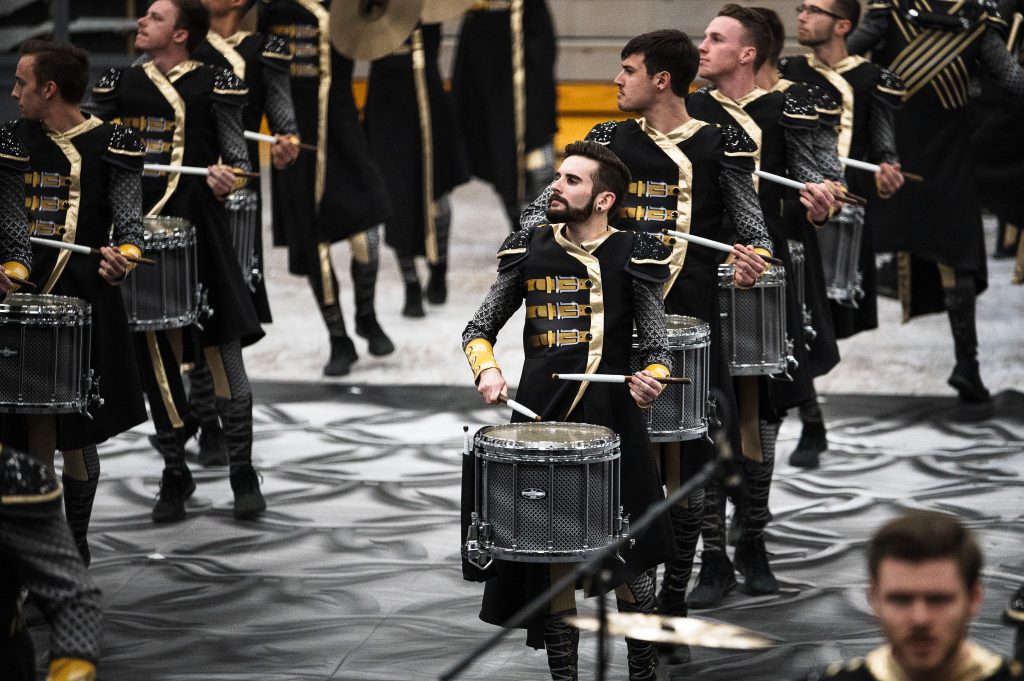 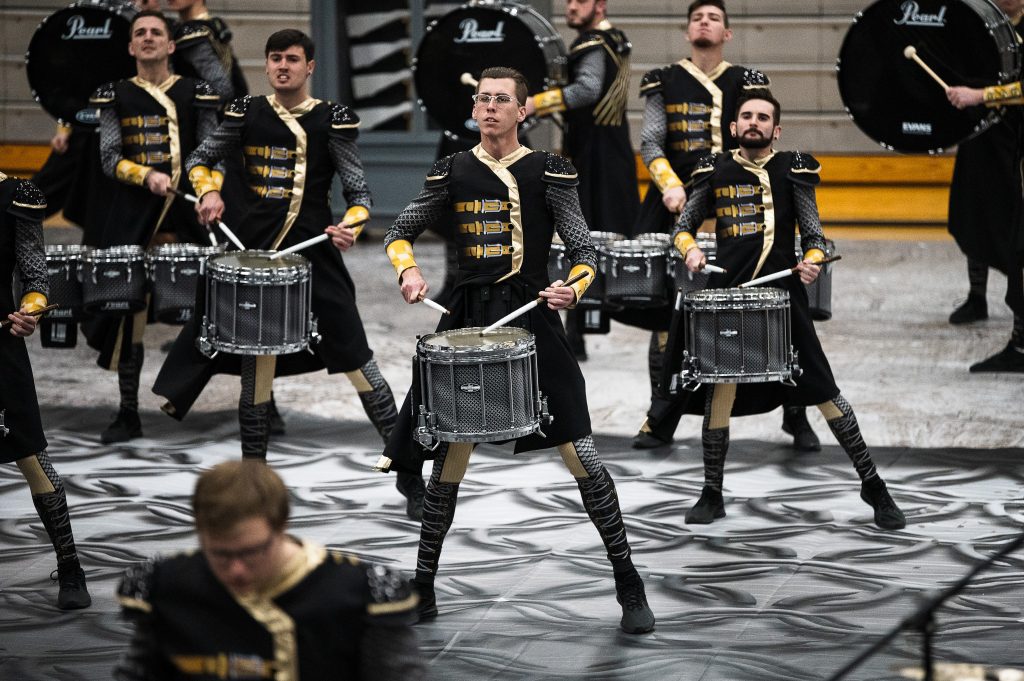 The man behind this cool, modish, talented group is a truehearted user of Pyware 3D. As a director and writer for many well-known groups such as Bluecoats, Blue Stars and several international ensembles, Tim Fairbanks has made Rhythm X a front runner in competitive indoor marching.

Closing in on 20 years using Pyware, Tim has witnessed firsthand the evolution of our software.

“As Pyware has evolved and you can actually see the costumes, instruments, and flags, it has made it so much more realistic for me and the client to see how it will actually look like.”

Our primary intent at Pyware is to allow the designer’s vision to come to life, implementing every stage or venue you can imagine. We continue to provide an assortment of different grids to suit the writer’s needs.

“I used to only do live staging for indoor so I would have to travel all over and be there in person. But now, that Pyware is so much more robust for indoor and has implemented many different grids, I’m able to do more groups,” Tim stated.

We are thrilled to watch our software utilized in a variety of arenas and want to congratulate Tim Fairbanks and Rhythm X!