Richard Hinshaw’s Journey Up the Ladder of Drill Design

Richard Hinshaw’s Journey Up the Ladder of Drill Design 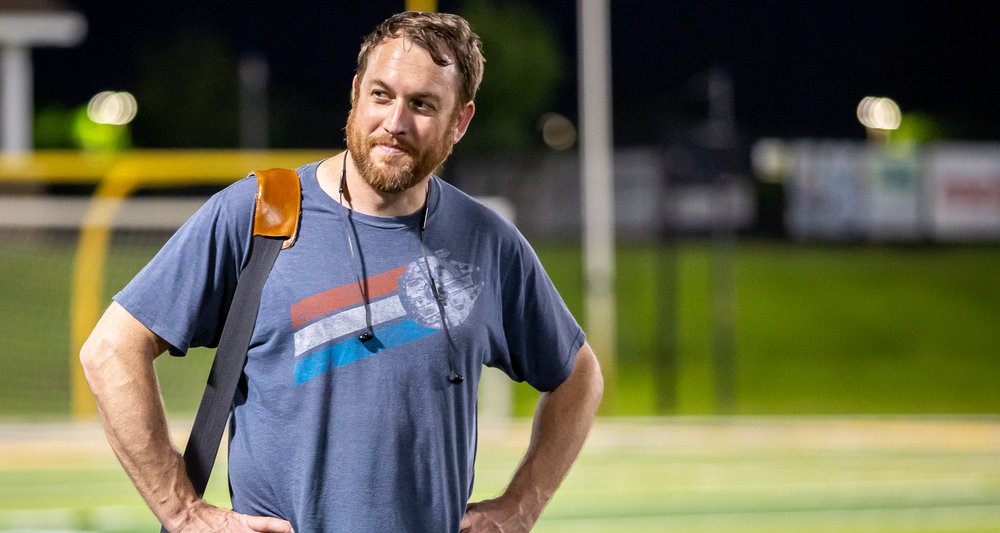 Richard Hinshaw’s journey to drill design was paved with many steps — he ventured into a few different career paths until he realized the line of work he was most passionate about was undoubtedly, visual design.

He grew up in a small town out of Central Indiana. His high school band program really embraced the marching arts, exposing him to world class drum corps at a young age. While performing in state championships, watching DCI on PBS every year, and traveling to watch high-end groups perform, Richard continued to gain deep interest in the marching arts.

Although he was enamored in music and performing, Richard had always imagined his career would revolve around history, social studies, and the law. So, he attended Xavier University in Cincinatti as a history major. While in school, he decided to fulfill a dream he long had and joined the Glassmen Drum and Bugle Corps. Richard fully intended on marching for just one summer… But after that first season, he was hooked.

When he began dabbling in drill writing and teaching small bands throughout the summer, he was able to experience his passion from a different perspective — the design side. Richard transferred to Indiana University to study Music Education but shortly thereafter, realized he did not want to be a band director… He wanted to fully commit to visual design.

Richard now has 19 years of experience as a full-time drill designer. For the past 18 years, he has worked with 3-time Grand National Champions and 13 straight top three placements of Bands of America, Avon High School Marching Black & Gold. He is also the drill designer and lead visual instructor for Avon’s Indoor Winter Percussion, WGI Scholastic World Finalists for the past seven consecutive years. 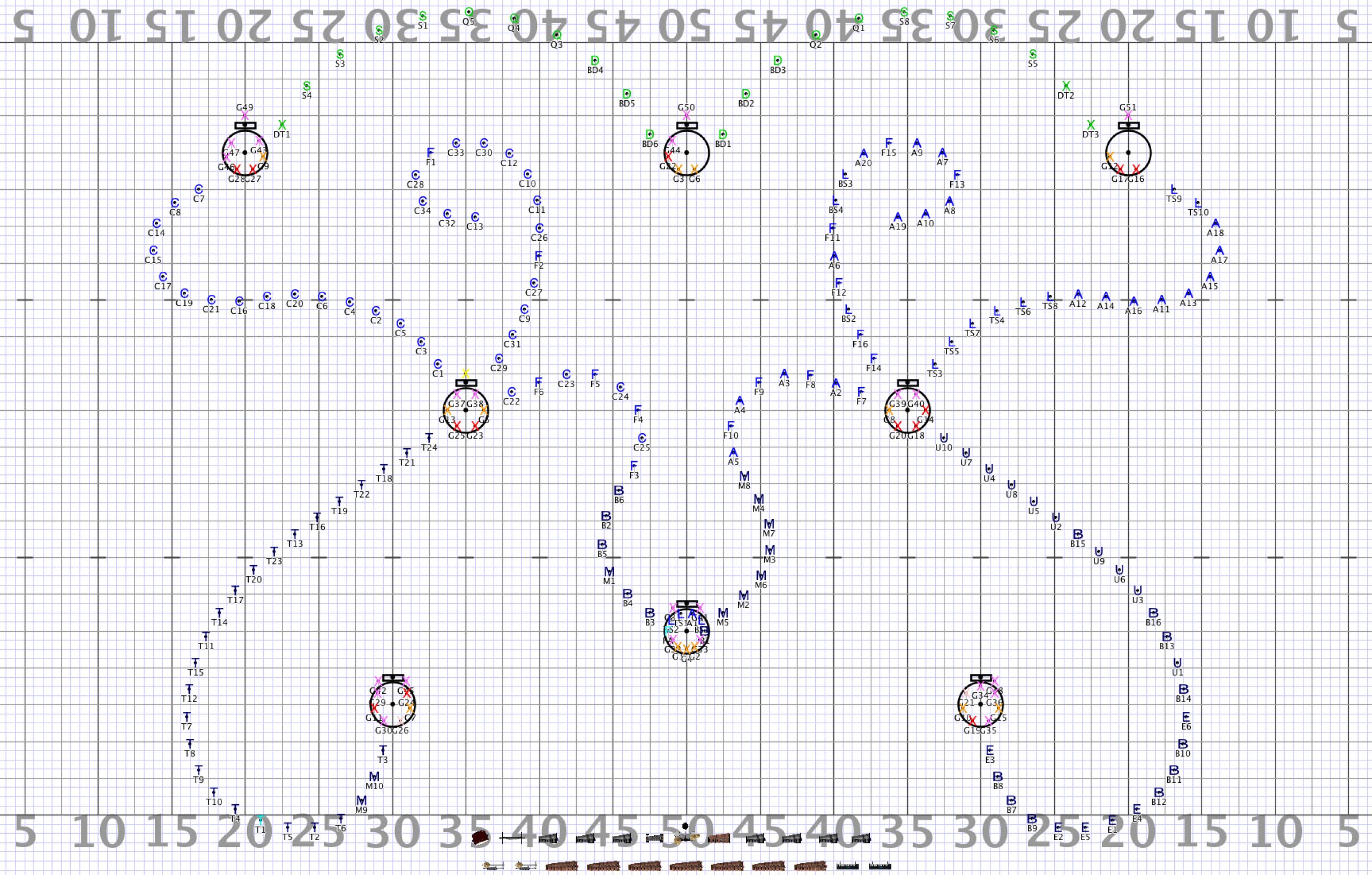 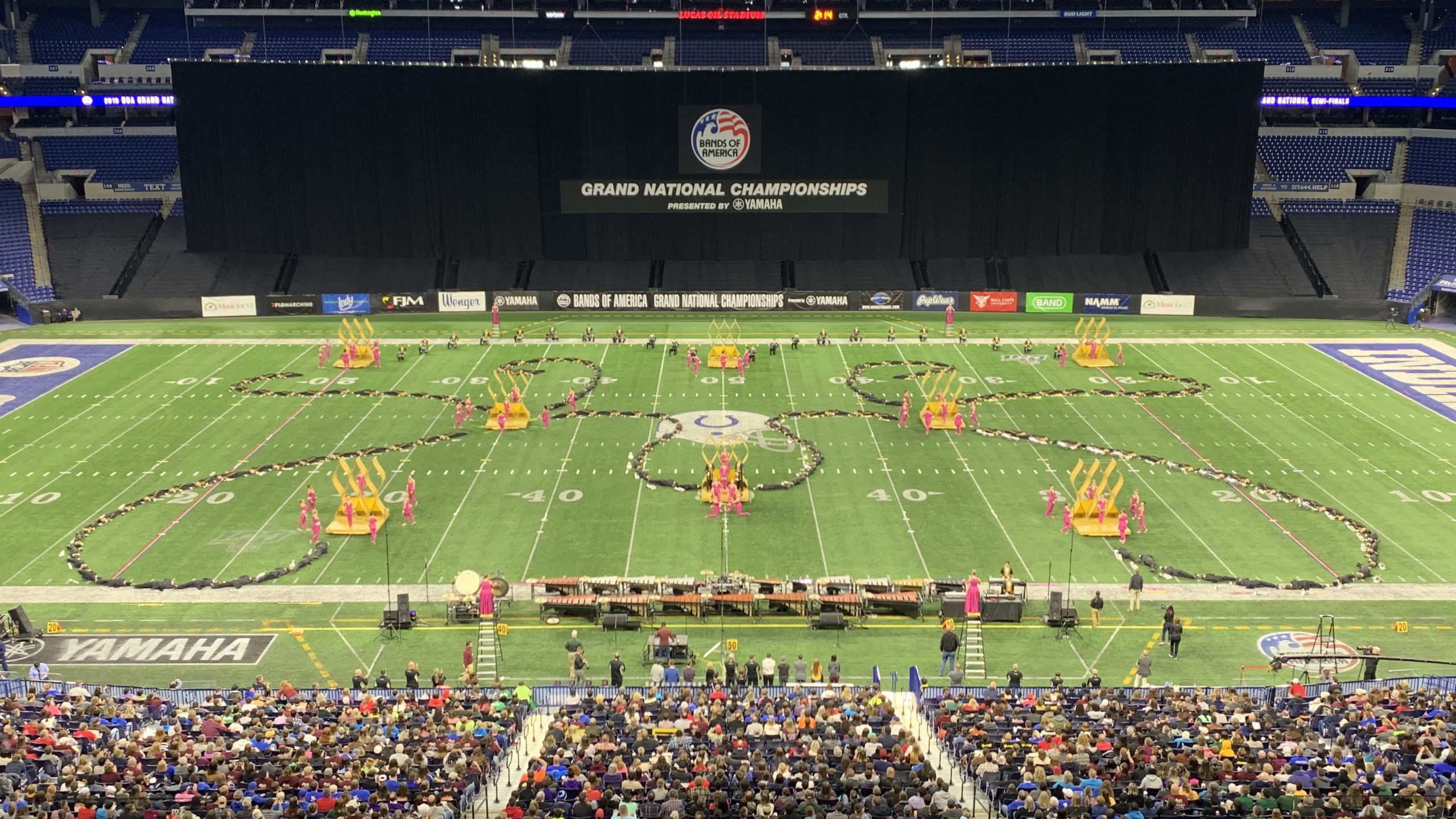 He has worked with Gateway Indoor Percussion and each year Richard was on staff as Drill Designer, they ended the season as WGI PIW Finalists. He was the staging designer for the 2017 and 2018 WGI Scholastic A Color Guard Finalists, Colerain High School Winter Guard and Drill Designer for WGI PSO Gold Medalists, Sparkman High School. He has written for The Colts Drum and Bugle Corps and is currently the Drill Designer for The Cavaliers and Visual Designer/Program Coordinator for Monarch Independent Percussion. 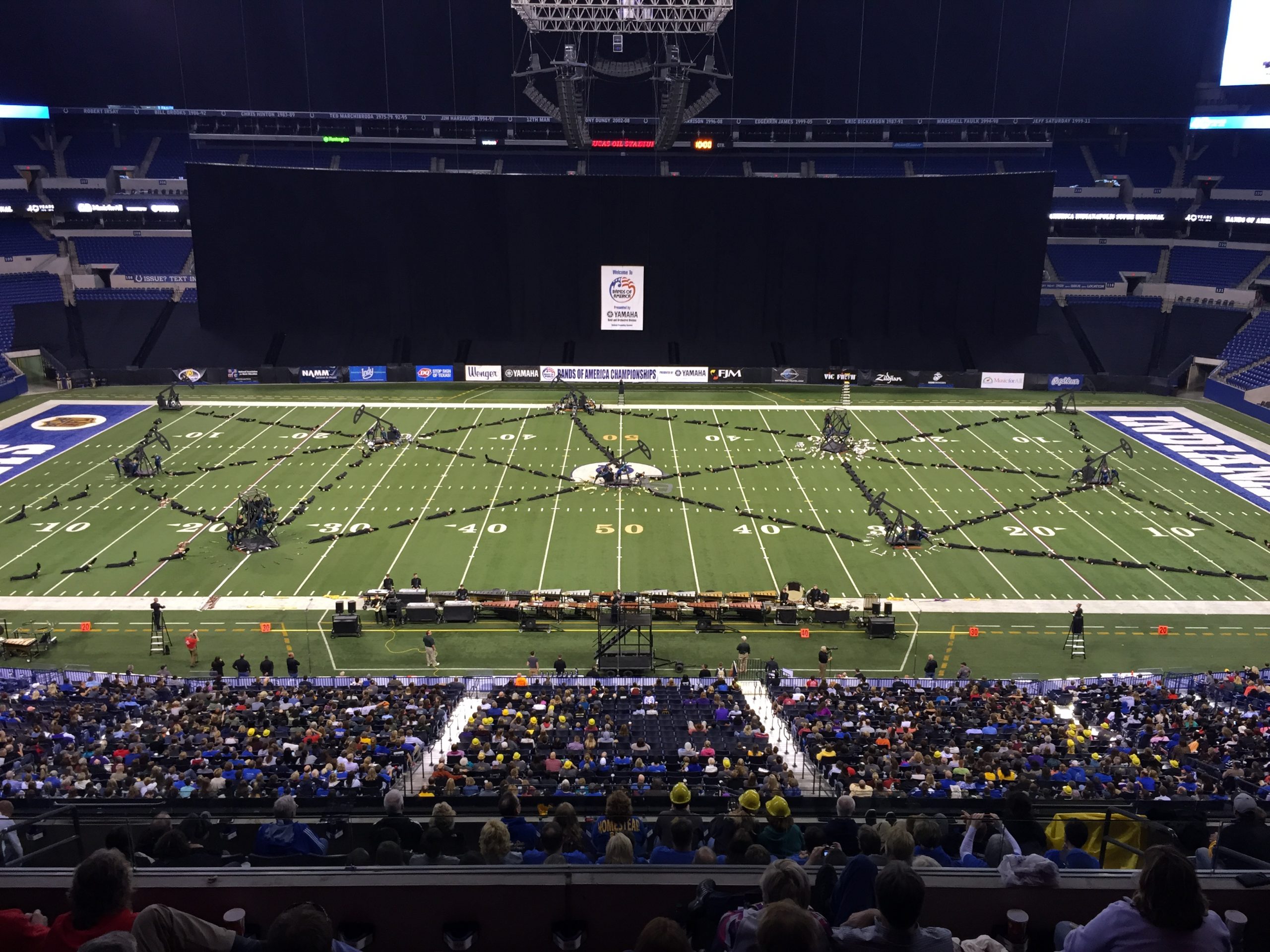 Richard attributes much of his success to the group of mentors who guided him up the design career ladder such as Daniel Wiles, Leon May, Michael Raiford, Michael McIntosh, Don Click, and Jay Webb — some of which he still works with today.

His mentor, Leon May, introduced Richard to Pyware in 2001 when they were both working for Phantom Regiment. He would watch and learn as Leon used the software and eventually, he purchased his own license. Pyware does a have a steep learning curve, but Richard found a way that expedited the learning process for him — a practice method he encourages all aspiring designers to use.

“I cannot stress enough to take high-end, world class shows and transcribe them for new math,” he said. “That experience taught me not only compositional things but also the mechanics of the software.”

He consistently practiced and studied the software while Leon helped him book several small gigs. After a few years, Richard had mastered the program and has been using Pyware ever since.

“It is so cool that the software continues to grow with us; that is one of the best things the Pyware team has done,” Richard stated. “You all don’t stop. The activity is constantly evolving, and the software is too.”

As the pandemic has caused seasons to be cancelled and training postponed, Richard is hosting zoom sessions with many of the bands he works with. He has used this time as an opportunity to share his background with drill design and his experience with Pyware along the way.

Richard Hinshaw will be joining our Pyware Homeschool Master Class, TUESDAY JUNE 16th at 9pm CT to share his journey up the ladder of drill design. This is a great opportunity, especially for young, aspiring designers, to ask him questions and understand how he reached the level he is at today.

Make sure to have your questions ready!