Sam Sanchez and The University of Notre Dame Band

Sam Sanchez and The University of Notre Dame Band

The University of Notre Dame’s Assistant Band Director and drill designer, Sam Sanchez, started experimenting with drill writing at a notably young age. During his time attending Round Rock High School in 1990, Sam asked his band director to print drill paper from Pyware so he could practice writing shows by hand. At just 15 years old, he wrote his first halftime show… The director was so impressed, he allowed Sam to share his Pyware license. The eager, aspiring designer began accumulating experience he would eventually use to design for the Fighting Irish.

“Pyware is a great program that provides drill writers the opportunity to see their work come to life,” Sam said. “It allows us to correct our mistakes during the creative process so that we can provide a polished product for our marching band.”

As a high-school student watching Notre Dame football on TV, Sam was always fascinated by the thrilling halftime shows from the ND Band — especially during bowl games. He went on to attend the university and become a “Double Domer” with a bachelor’s degree in Percussion Performance and master’s degree in Musicology. While working on his master’s, Notre Dame Director of Bands, Ken Dye, approached Sam with the opportunity to start writing Notre Dame’s drill.

For the past two decades, Sam has designed all the halftime shows, referring to the privilege of simply being a part of the marching band staff as a dream come true. 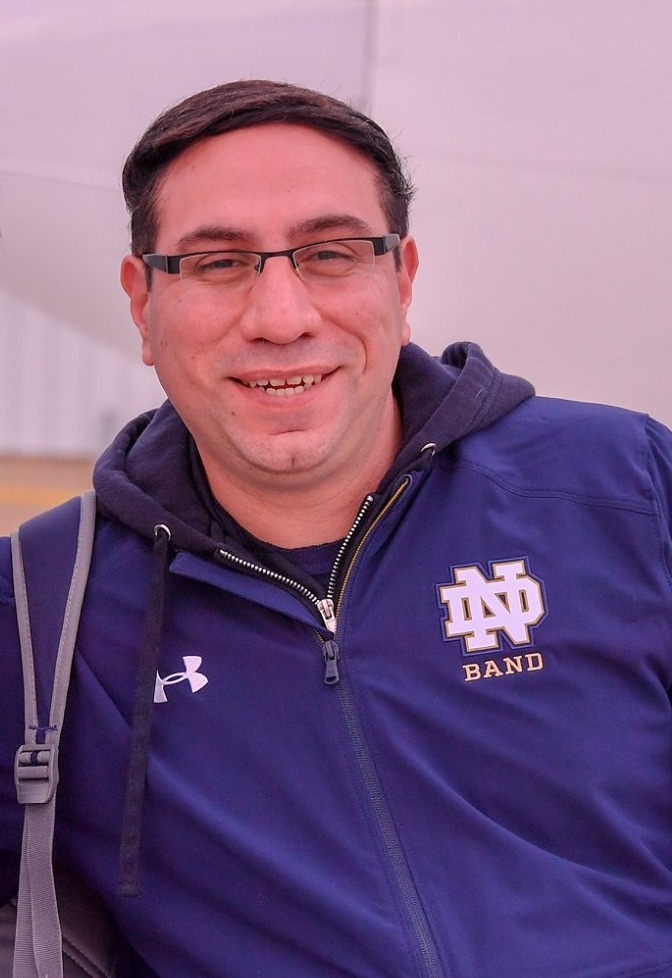 “My journey over the last 20 years at Notre Dame has been nothing short of amazing. Writing seven or more halftime shows each year has given me a lot of experience in determining what works and what doesn’t,” he said.

Sam loves to design picture formations, inspired by a long-standing Notre Dame tradition within their field shows. Each time the crowd erupts as they witness the roughly 400-member band successfully form the university’s famous Irish logos bolsters his passion for drill design. 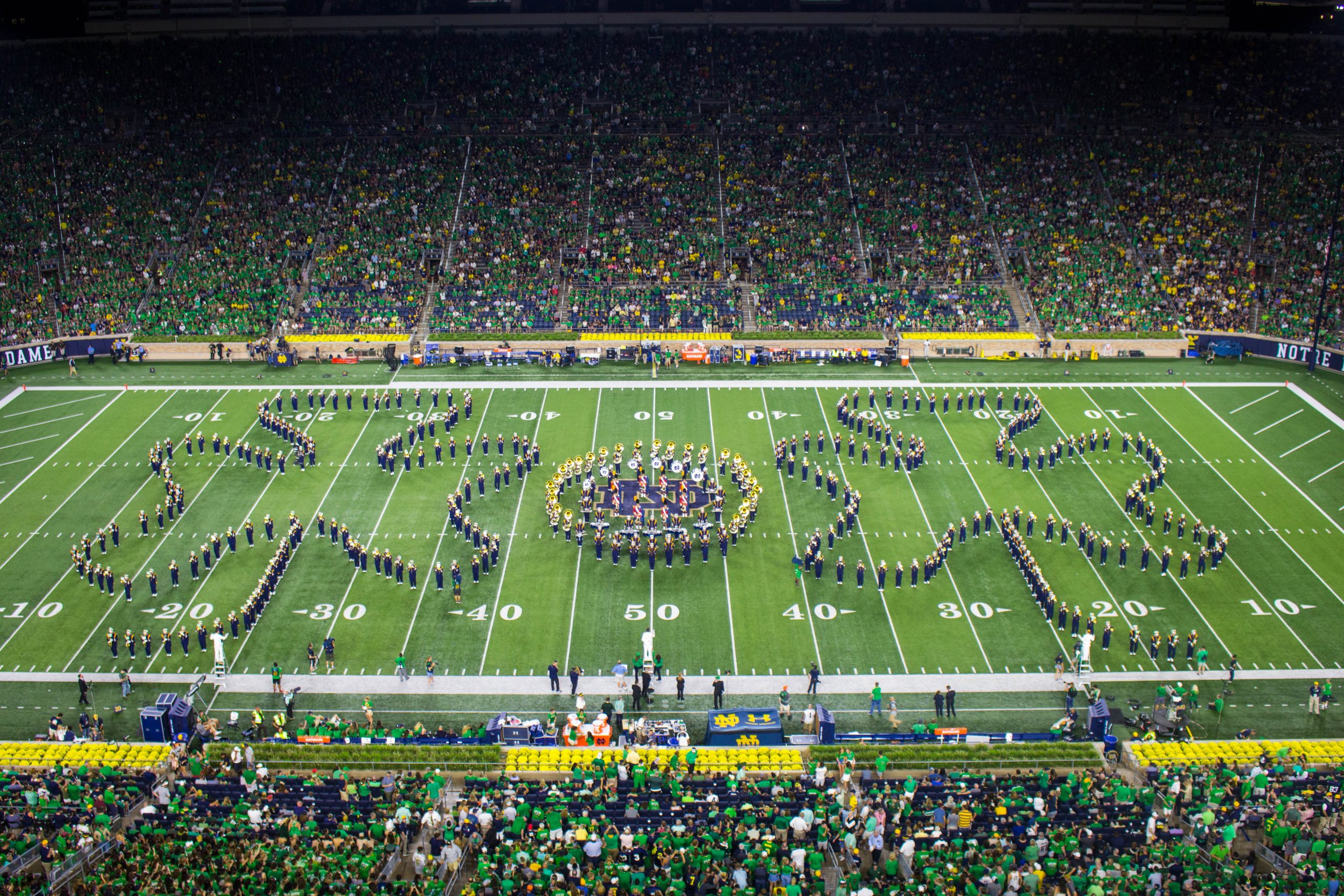 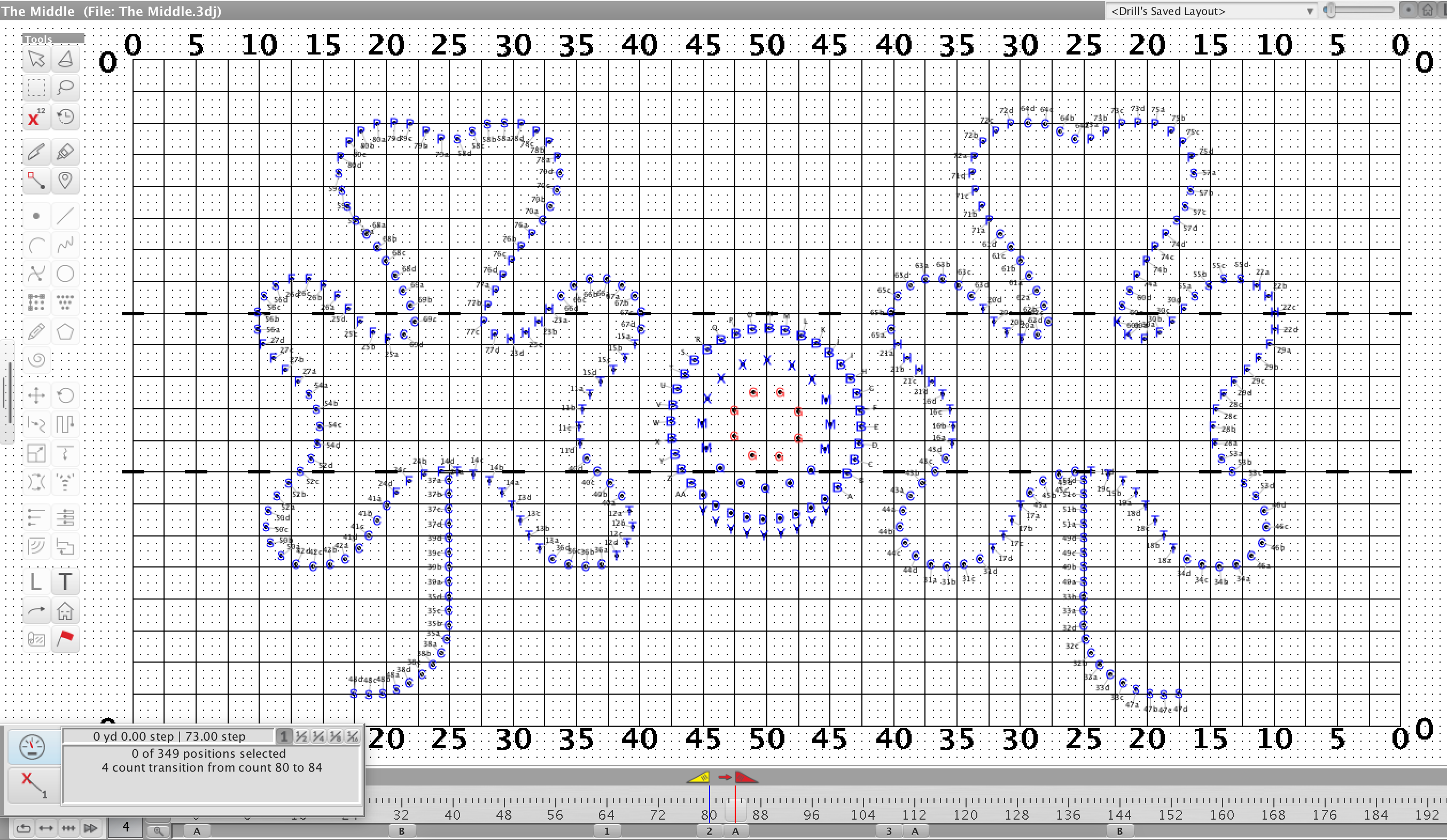 “The excitement of being in such a historic place and working on the field of Notre Dame Stadium never gets old,” Sam stated. “It has been a privilege and a blessing to be a part of the Notre Dame Band.” 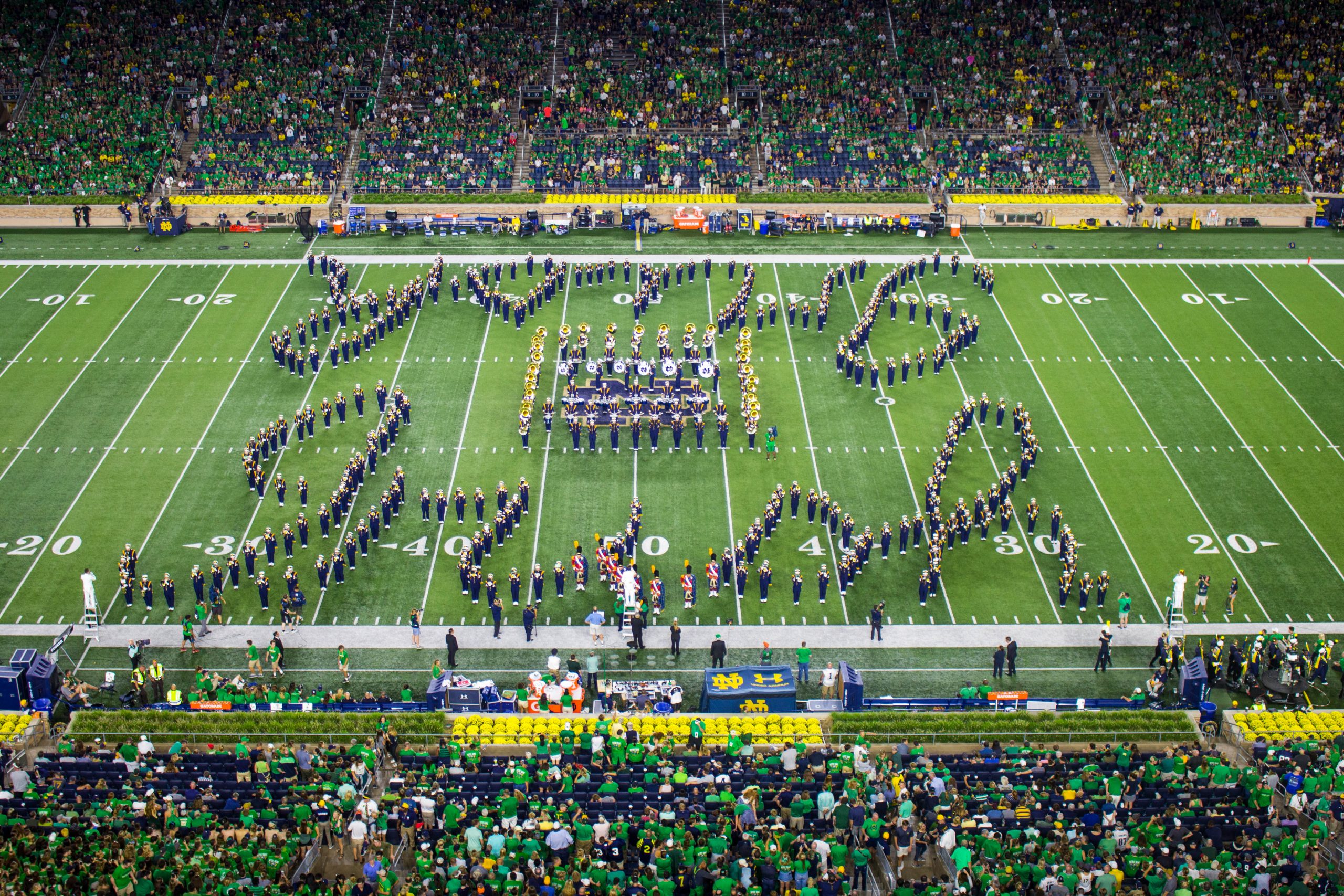 The Band of the Fighting Irish has performed at the Aviva Stadium, home to the Irish rugby union team and the Republic of Ireland football team, and throughout the streets of Dublin, Ireland for the Saint Patrick’s Day Parade.

The band also had the unique honor of performing with the legendary rock band, Chicago. They included a picture of the Notre Dame Band as they received their Grammy award in 2020.

“Of course, the picture of the Chicago logo was created using Pyware!” Sam said. 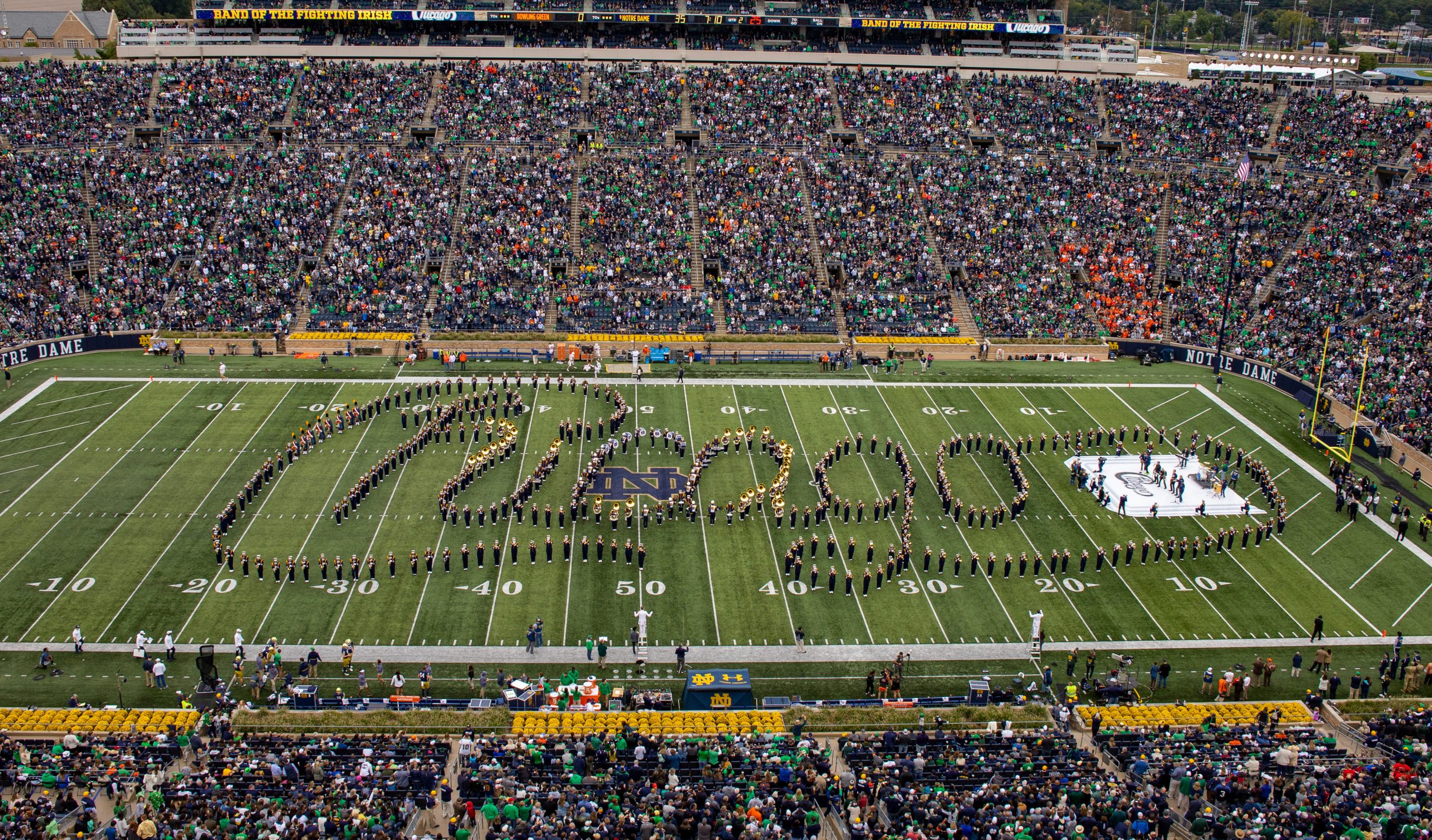 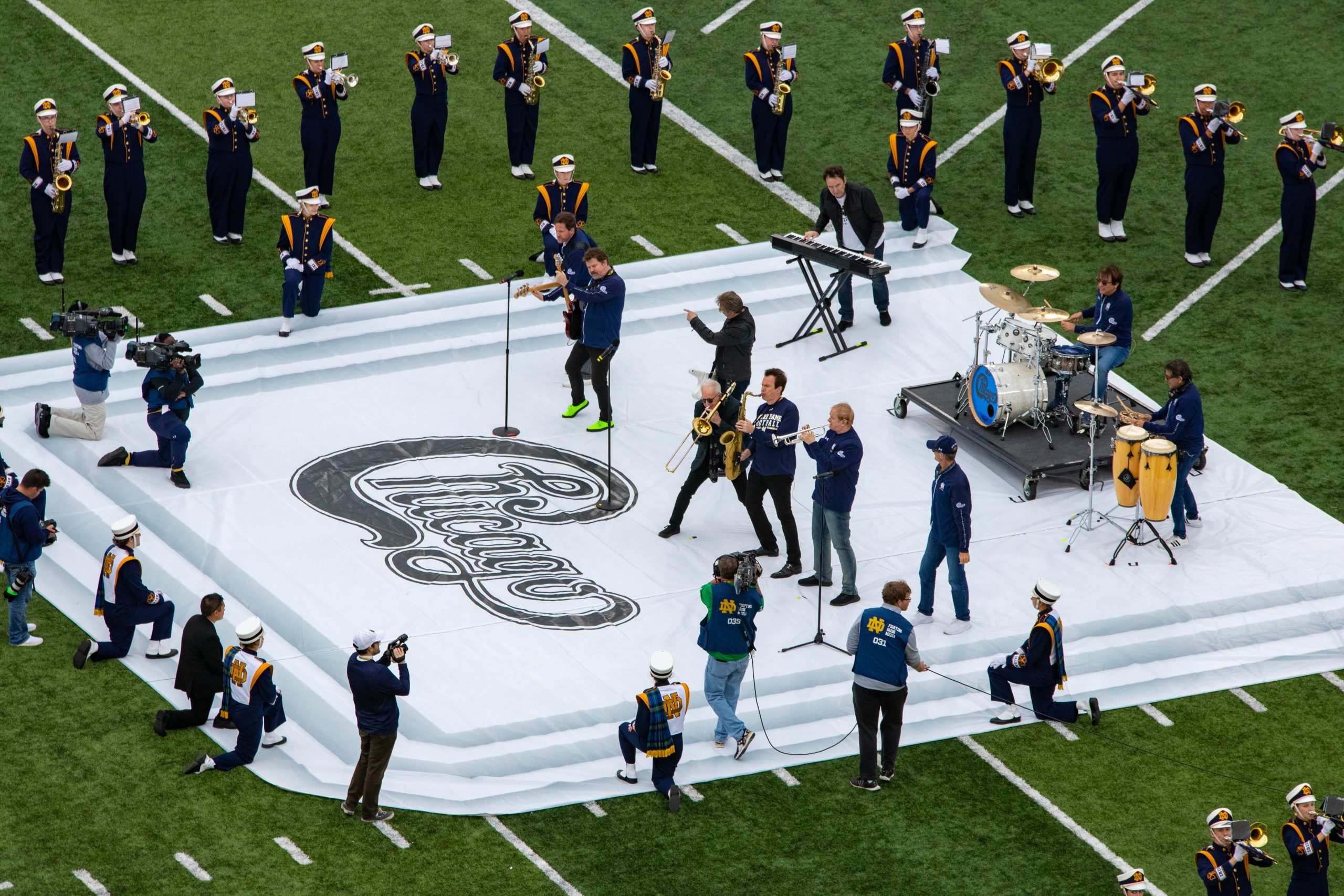 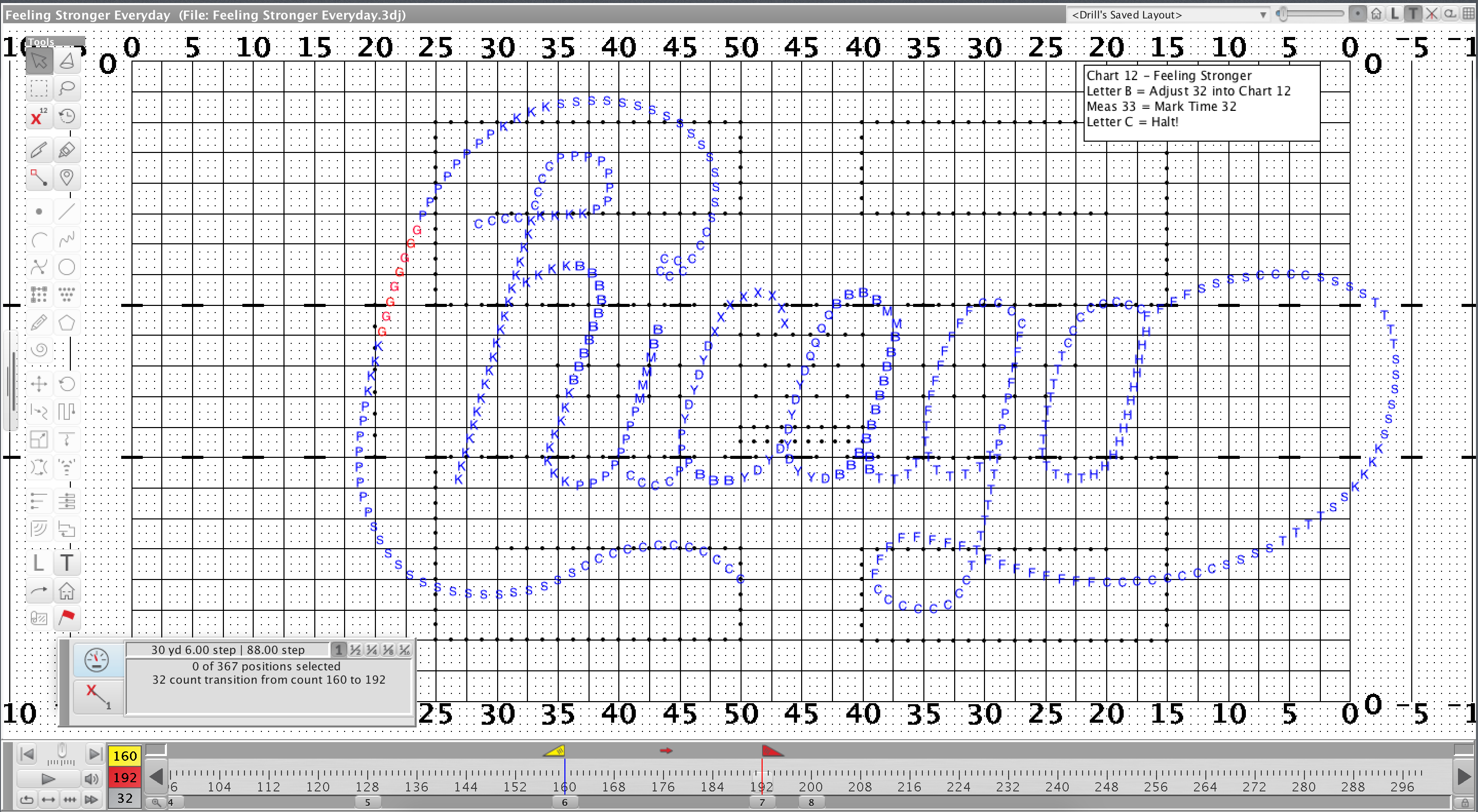 Sam is a recipient of Notre Dame’s Outstanding Band Member Award with responsibilities ranging from head drill designer to conductor of concert bands and basketball bands. He has served consecutive terms on the College Band Directors National Association Committee of Athletic Bands. His skill of design even provided the opportunity to write drill for the Artane Band of Dublin, Ireland for their performance at the Liverpool Tattoo.

A high-school dream has become reality for Sam Sanchez as he continues to serve as drill designer for the oldest United States college band in continuous existence and “Landmark of American Music,” the University of Notre Dame Band! 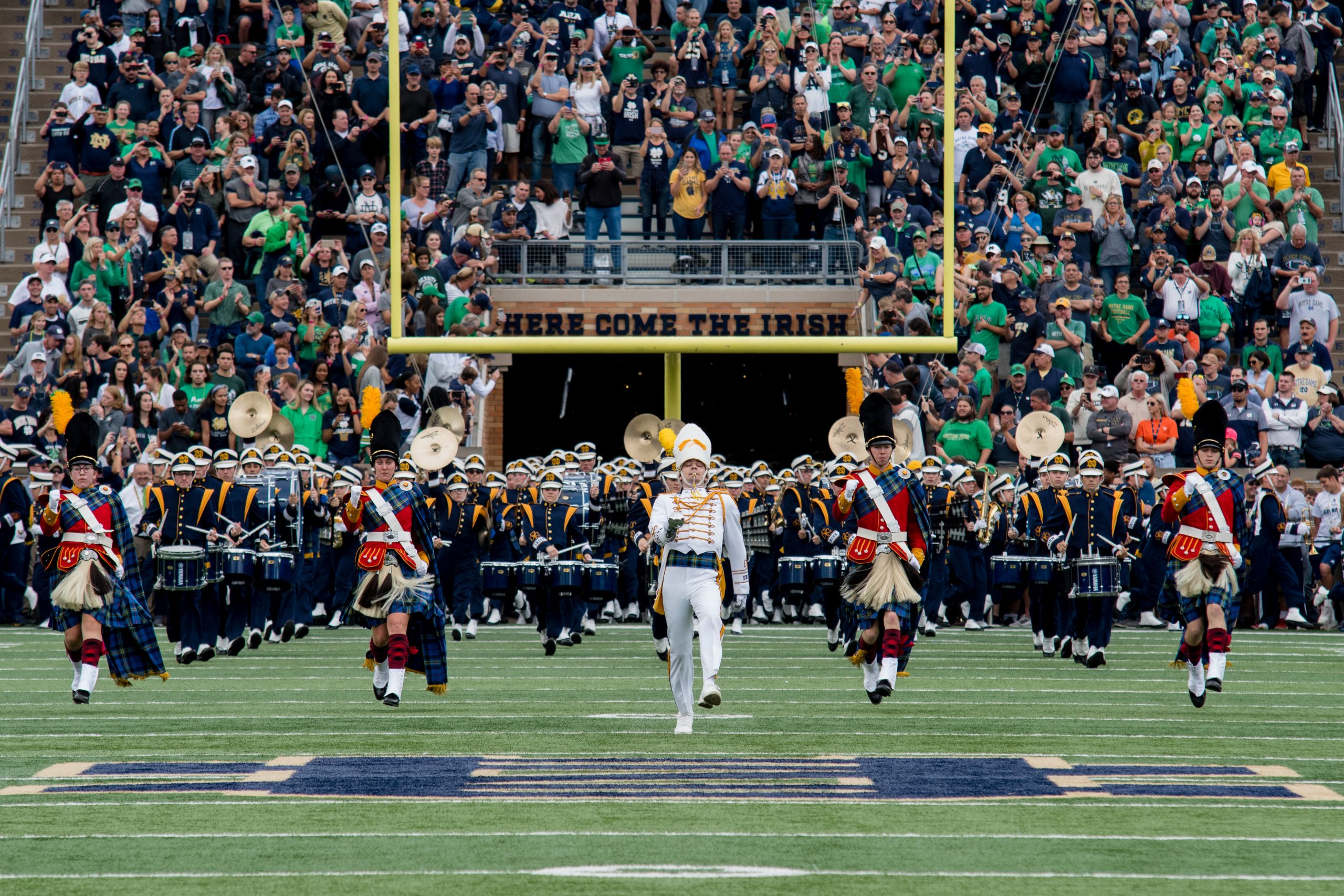