It was no ordinary homecoming for Michigan State University this past Saturday afternoon… This year marked the 150th anniversary of MSU Bands, one of the oldest and most esteemed marching band programs in the country. Members throughout the Spartan community flooded the stadium, avidly waiting to participate in an MSU reunion to remember.

The culture of Spartan Marching Band pride and unity that emanated from the original band members decades ago, was put on display homecoming night, as spectators witnessed nearly 900 alumni join the band. A total of 1200 members, past and present, united for a spectacular half-time performance.

SMB Director David Thornton was ecstatic with the number of alumni that jumped at the chance to participate in the historic night.

“It was an incredible experience being around so many generations of [SMB] band members, some of whom were in the band in the 1940’s!” said Thornton.

It was an evening to remember, as alumni had the chance to relive the glory days and current members were inspired to carry on their legacy. The combo performed Herb Albert’s “Taste of Honey,” “Tradition” from Fiddler on the Roof, and Tchaikovsky’s “1812 Overture.”

Pygraphics is extremely proud to have established and maintained a relationship with MSU Bands throughout the years.

“Pyware has always been our program for drill writing,” stated Thornton. “It makes charting very simple, easy to read, and effective for teaching.”

Our team is constantly striving to enhance our designing tools for drill writers and directors. When we were approached with the opportunity to collaborate with Ultimate Drill Books, we knew the union had the potential to be a hit throughout the marching community. We were thrilled with the feedback from programs such as MSU.

Director Thornton was pleased in the way the Pyware + UDB collaboration impacted his ensemble.

“The partnership with UDB has been a game changer for us; making everything much more efficient and easier to get information out to our students.”

The Pyware team is honored to have played a part in the history of such a powerhouse program. Since inception, MSU Bands have performed for five U.S. Presidents, at one World Series, and five Rose Bowls.

We would like to congratulate the program on 150 years of excellence! And we look forward to watching many more years of Spartan Marching Band talent! 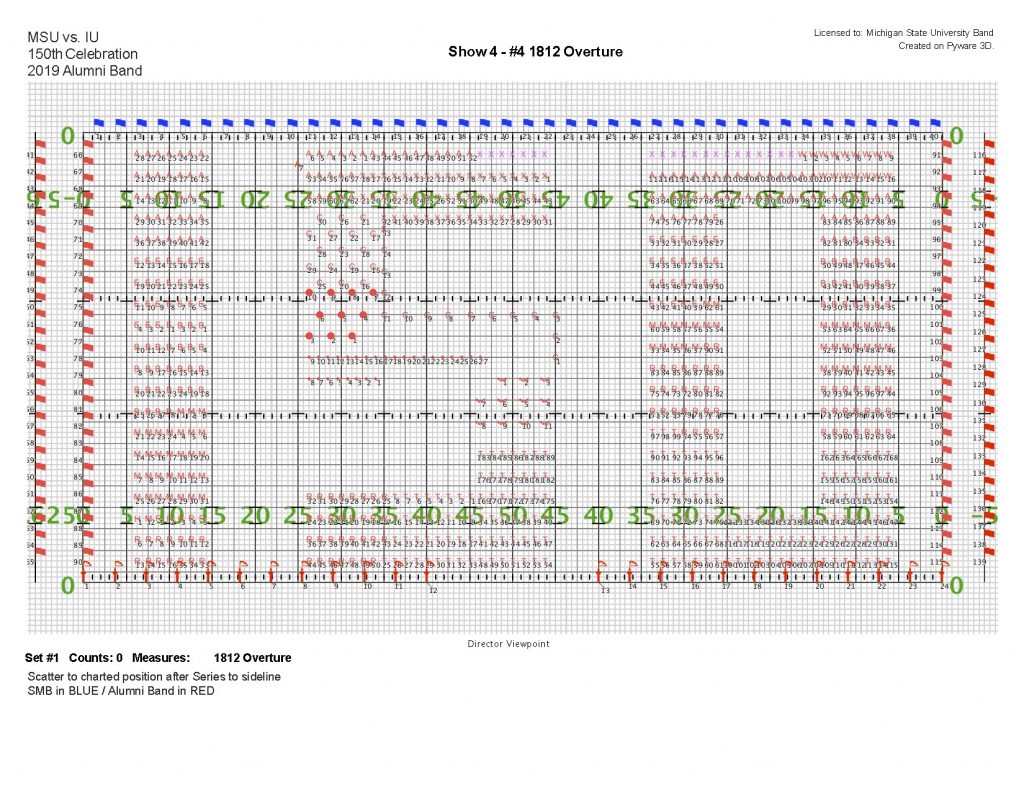