Posted by Barbara-Scott Kolb on November 26, 2019 | Featured | No Comments 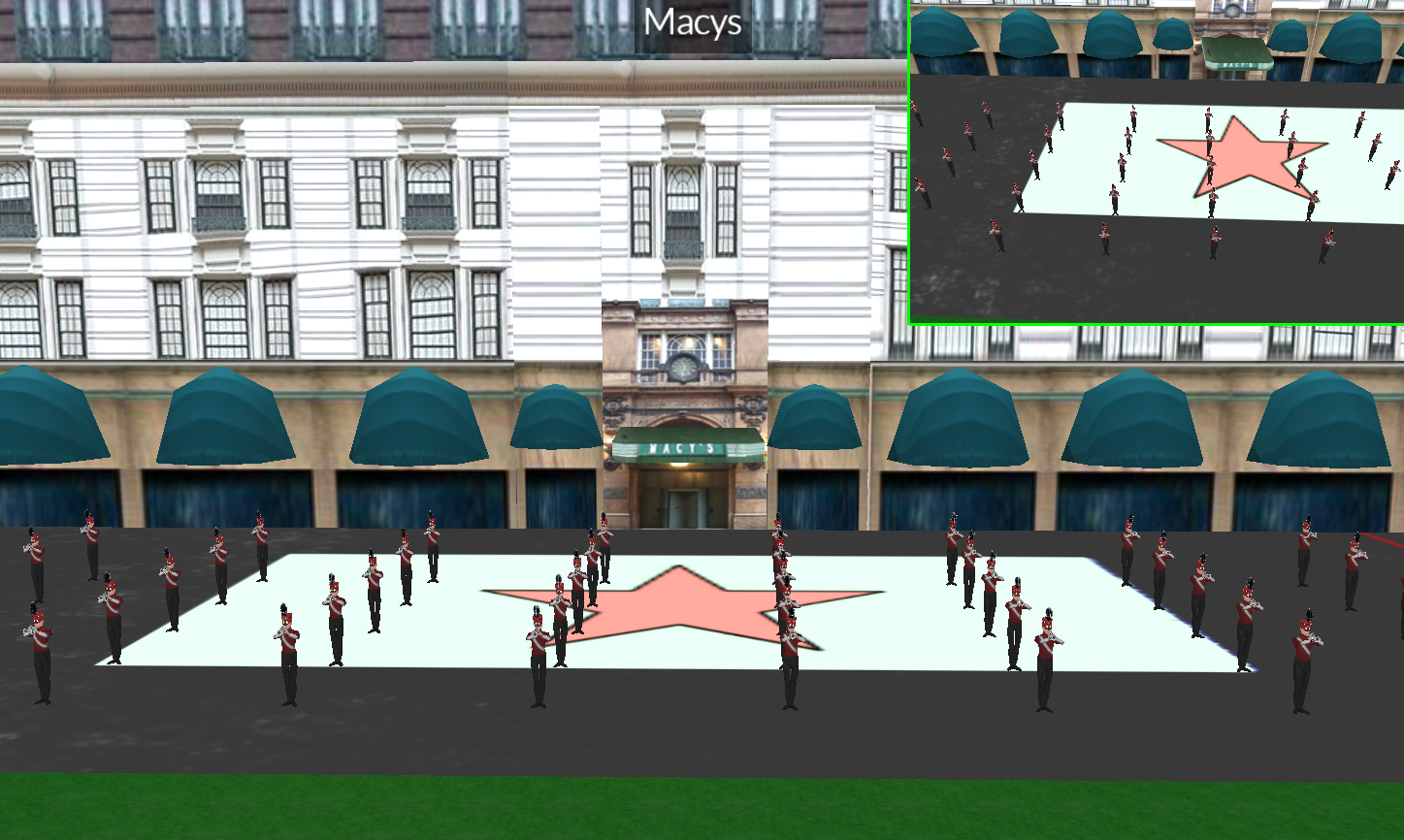 The Macy’s Thanksgiving Day Parade is a time-honored American tradition, treasured by millions! Whether bundled up on the streets of New York City, or gathered around the television, families nationwide are eagerly awaiting another year of holiday entertainment. The Macy’s Thanksgiving Day signature lineup includes enormous floats, balloons, performance groups, and of course… the best marching bands!

Our team at Pyware always looks forward to watching these remarkable ensembles perform for one of the nation’s most anticipated events.

This year, every college and high school marching band performing in the Parade uses Pyware 3D to develop their routines.

As it is quite the honor for each of the bands to have been meticulously selected to participate in the Parade, our company feels equally as privileged those bands chose us to have played a role in their journeys.

To all the following bands listed below, congratulations! And thank you for trusting Pyware as your drill design software for your outstanding marching ensembles!

The Blue Springs High School marching band from Blue Springs, Missouri is certainly no newcomer to a national stage. The band has marched in both the Tournament of Roses Parade and the Presidential Inaugural Parade. They are thrilled to perform in this year’s Macy’s Day Parade holiday celebration.

“To be a part of this experience is incredible and humbling. I am excited for our band family to share it together, a memory that we will carry with us for the rest of our lives,” Blue Springs band director Tim Allshouse, stated.

As bands prepare for this performance, our team decided several years ago to add a dimension to Pyware that would better help performers visualize their routine on the streets of NYC.

“Pyware has the dimensions and overlay of the Macy’s street show area, which has been invaluable in preparing for the performance,” Allshouse said. 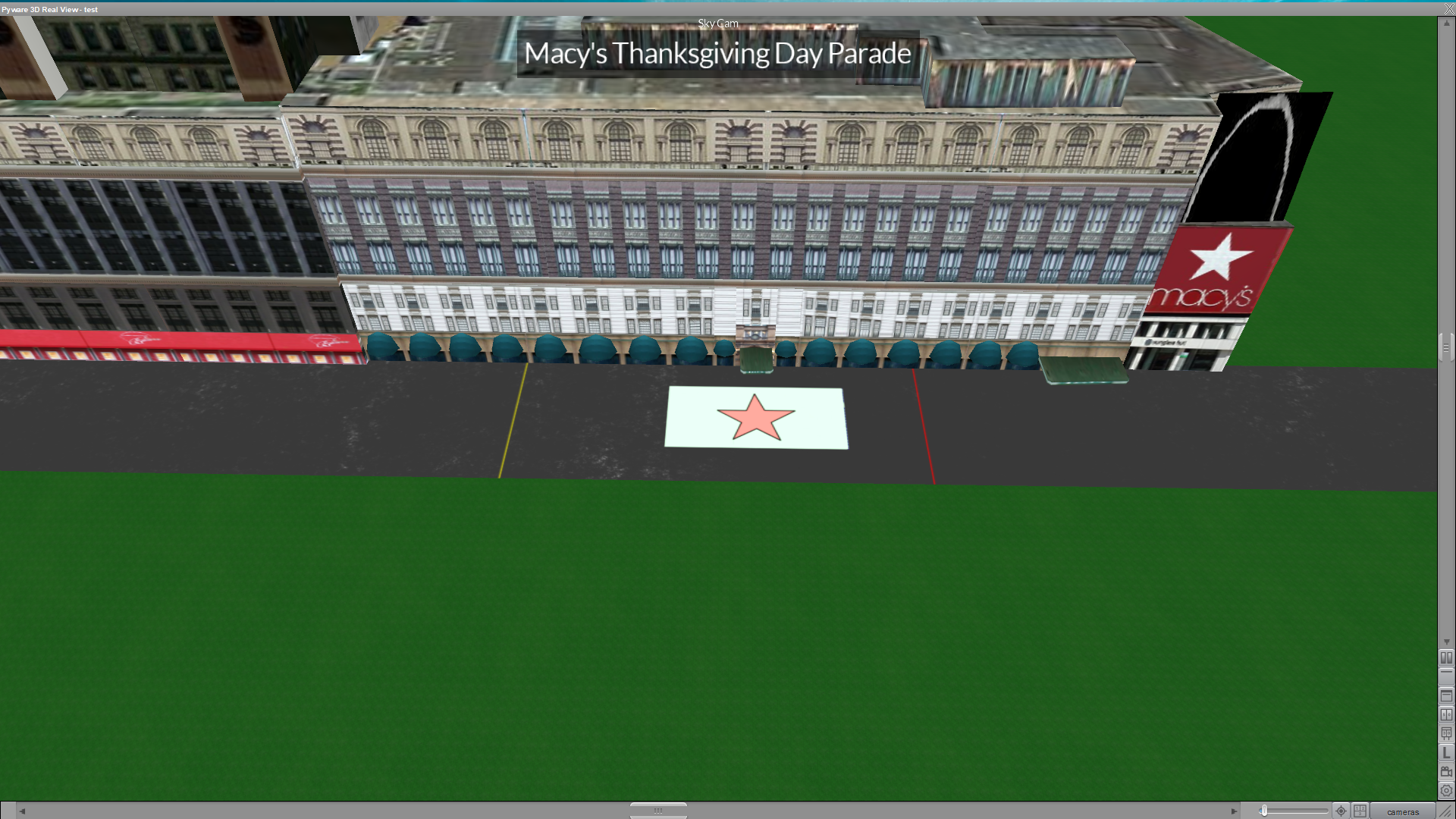 “We can see in real time how things will flow during the performance and students can see how what they are learning on the field will transfer to the street,” he added.

The largest high school marching band in Arizona, the Catalina Foothills High School Band, has performed at events across the globe and will march for their second time in the Parade.

Recognized for flashy, exciting routines, the Franklin Regional High School Panther Band will make their third appearance at the Parade.

The Panther Band’s drill writer, Jack Ratica, stated, “I’ve been using Pyware from its first public distribution back when it was known as ‘Charting Aid System’ and I’ve never even considered using any other program.”

“Being able to see the production before ever teaching a step is so helpful to the designer, instructional staff, and most importantly the students,” he added.

The lively, entertaining arrangements of Morgan State University’s marching band, otherwise known as the Magnificent Marching Machine, has been seen in Chris Rock’s movie, Head of State. They have also performed at the White House, several popular events throughout the country, and will march in this year’s Parade.

The Ronald Reagan High School Band has experienced great success this band season, as they were named champions of the BOA Houston Regional, the Texas Marching Classic, and the BOA San Antonio Super Regional.

The band’s director Dan Morrison, stated, “We are extremely excited to perform in the Macy’s Thanksgiving Day Parade! It is the Ronald Reagan High School Band’s first time and we can’t wait to get there.”

The award-winning ensemble and largest band in Kentucky history, Madison Central High School Band, will also make their debut at the Parade. And the “Kings of Halftime” from Martin Luther King Junior High School will perform as well.

Selected from over 650 applications, the 535 member-band of Western Carolina University is the largest in school history. Known as the “Pride of the Mountains,” the marching band will perform a compilation of Bon Jovi’s Livin’ On a Prayer, Journey’s Don’t Stop Believing, and Imagine by John Lennon at the Parade.

“Pyware has been a lifesaver with the size of the band at Western Carolina University,” Director of Athletic Bands, David Starnes, stated.

“Pyware (3D) allows our program the detail, organization, and educational accessibility to teach and perform at unprecedent levels,” he added.

The Macy’s Thanksgiving Day Parade, the staple that kicks off the holiday season in America, will host its 93rd year of the tradition Thursday, November 28th, at 9 a.m ET.

Congratulations to all the bands performing at this Thanksgiving spectacular! Our team at Pyware cannot wait to watch each one represent all that we love about marching band. We sincerely thank you all for choosing Pyware as your go-to software for drill design.