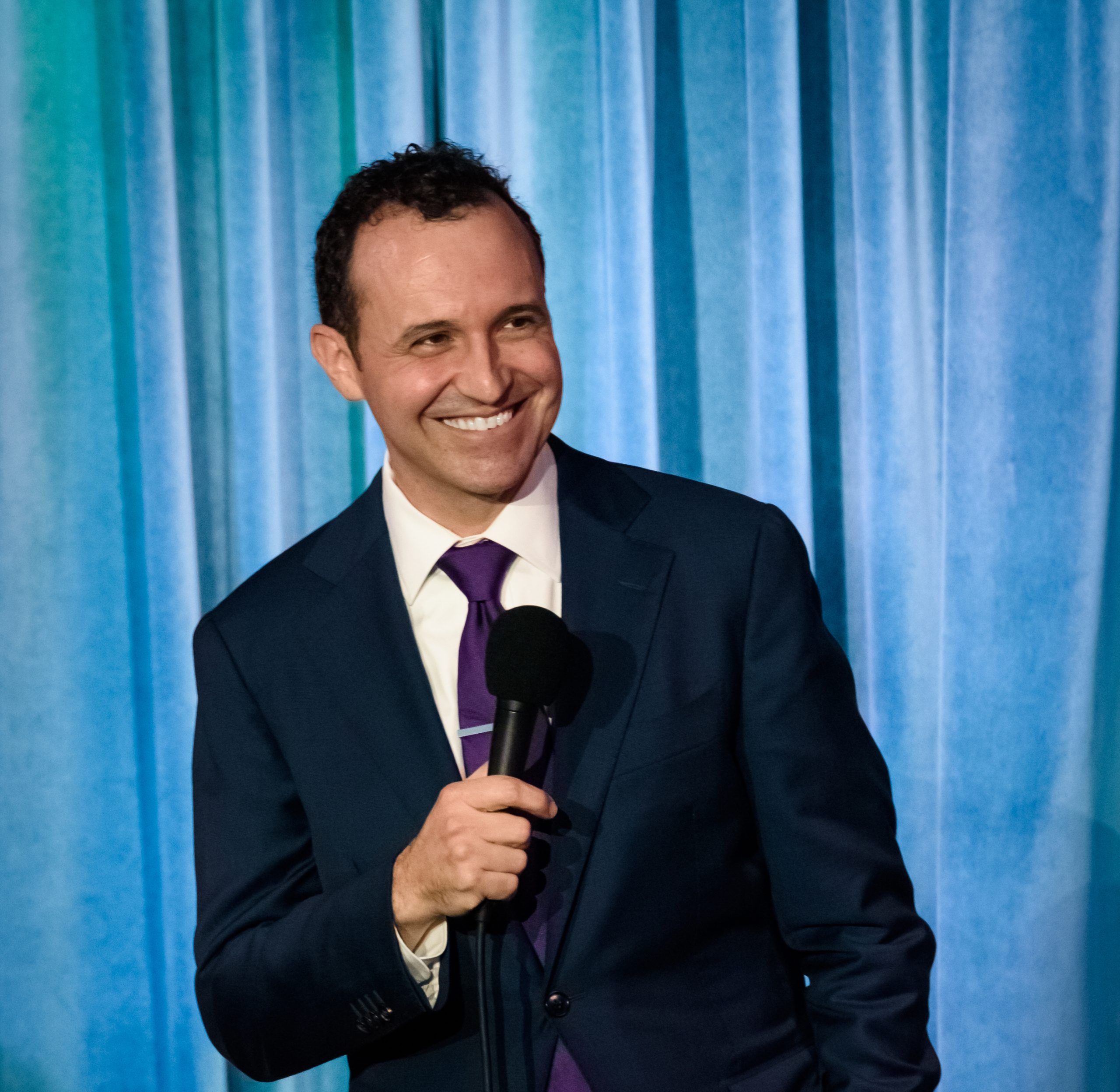 Many are familiar with the popular comedian, Tony Deyo, for his hilarious stand-up that has landed him on the Billboard Magazine comedy chart and the top selling album on iTunes. He has made appearances on television shows, such as Conan, The Late Late Show with Craig Ferguson and performed at the HBO Aspen Comedy Festival.

Named one of the best stand-up comics by the New York Post, Tony also dedicates the remainder of his time to another professional career — drill design.

He graduated from James Madison University with a degree in music education and completed his master’s degree in music performance at the University of Nevada, Las Vegas. He became intrigued by the art and geometry of drill design while marching for the 1993 World Champions, The Cadets of Bergen County Drum & Bugle Corps and serving on the visual staff for Phantom Regiment.

“I began using Pyware around 1998 — I honestly can’t believe how much the software has evolved since then,” Tony said. “If I could go back then and show myself what the future of Pyware would be, my head would have exploded.”

The seamless nature to which he arranges and times his drill with Pyware reflects the way he organizes his comedy acts — near-perfect timing to captivate the audience.

Tony has written countless shows for drum corps, high schools, universities, winter guards and indoor drumlines. Some of the groups he has worked with throughout his career include BOA Grand National Semi-Finalist, Saint James School from Montgomery, Alabama, Morehead State University, Travis High School from Texas, Centreville High School from Virginia, and many more. Visit Tony Deyo Drill Design to view some of his work.

Choosing whether to spend his time as a drill writer or a comedian was a decision Tony was not comfortable making, as he was passionate for both careers. He decided to take a huge leap of faith and work as a drill designer in the summer and as a stand-up comic the remainder of the year.

We are looking forward to having Tony Deyo join us for a Pyware Homeschool Master Class Tuesday, May 22 at 9pm CT to discuss exactly how he manages to juggle these two careers and how the leap of faith he made close to 20 years ago has truly paid off.

We have switched to a new platform — Zoom. Please register for his session here: