For all attendees of a Western Michigan University football game, halftime is not the time to leave your seats. You do not want to miss a performance from the Bronco Marching Band. The animated, themed halftime shows that WMU’s first-year Associate Director of Bands/Director of Athletic Bands, Trey Harris, has written thus far have entertained audiences throughout the NCAA.

Director Harris has built a reputation for arranging fun, contemporary-styled drill, designed to connect with and include the viewers.

“In terms of writing drill, I try to think about it from an audience perspective,” he stated. “One of the things I look for when I design a show is a way for the audience to interact.”

The ensemble has put on several memorable productions this season including their first home game performance to music from the iconic rock band “Queen.” 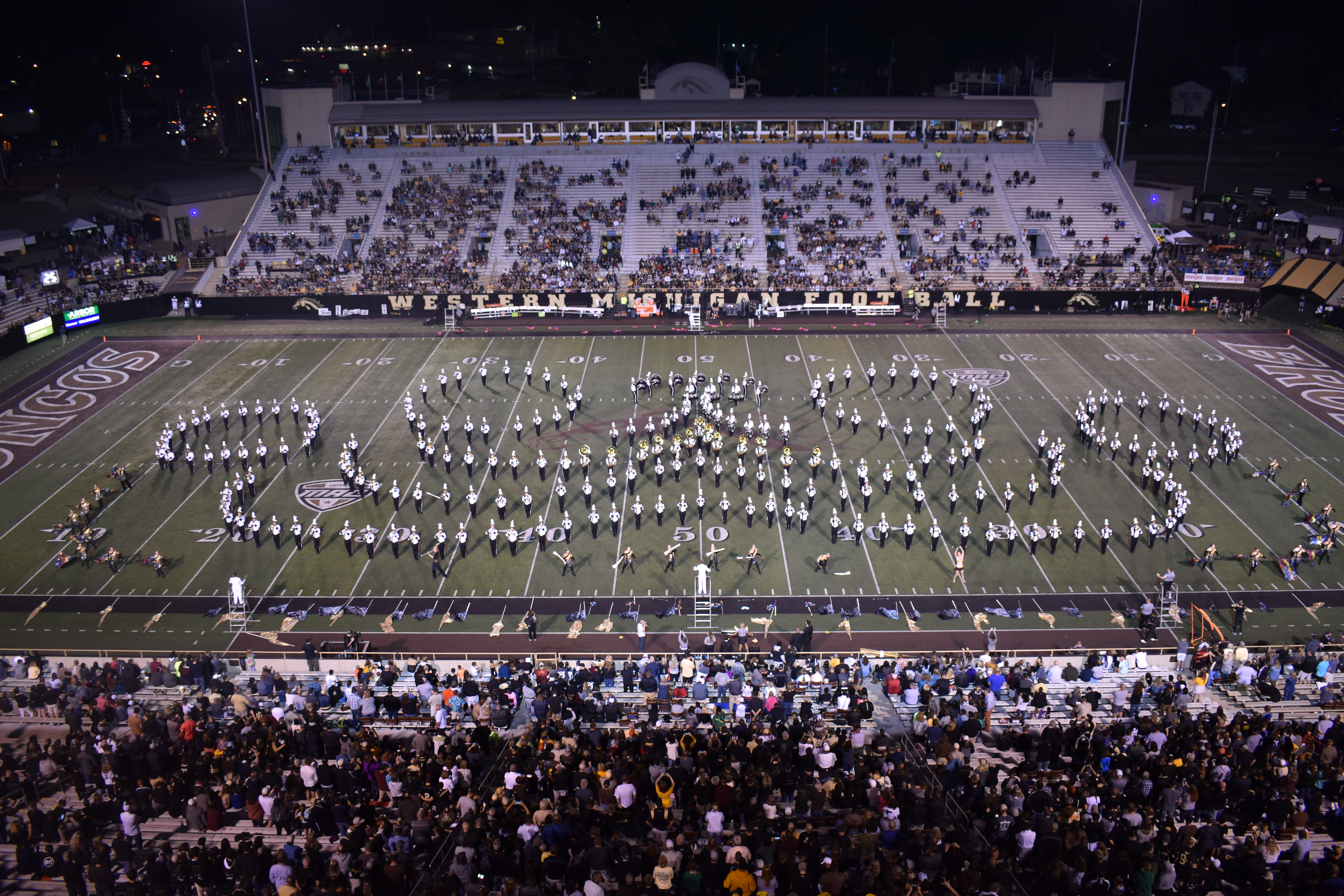 They’ve also incorporated the stadium’s video board to display lyrics and video content to their “BMB Karaoke Show.” In the band’s most recent shows, they have illustrated scenes from TV sitcoms such as “Friends,” “Family Guy,” “The Office,” and the popular drama “Game of Thrones.” 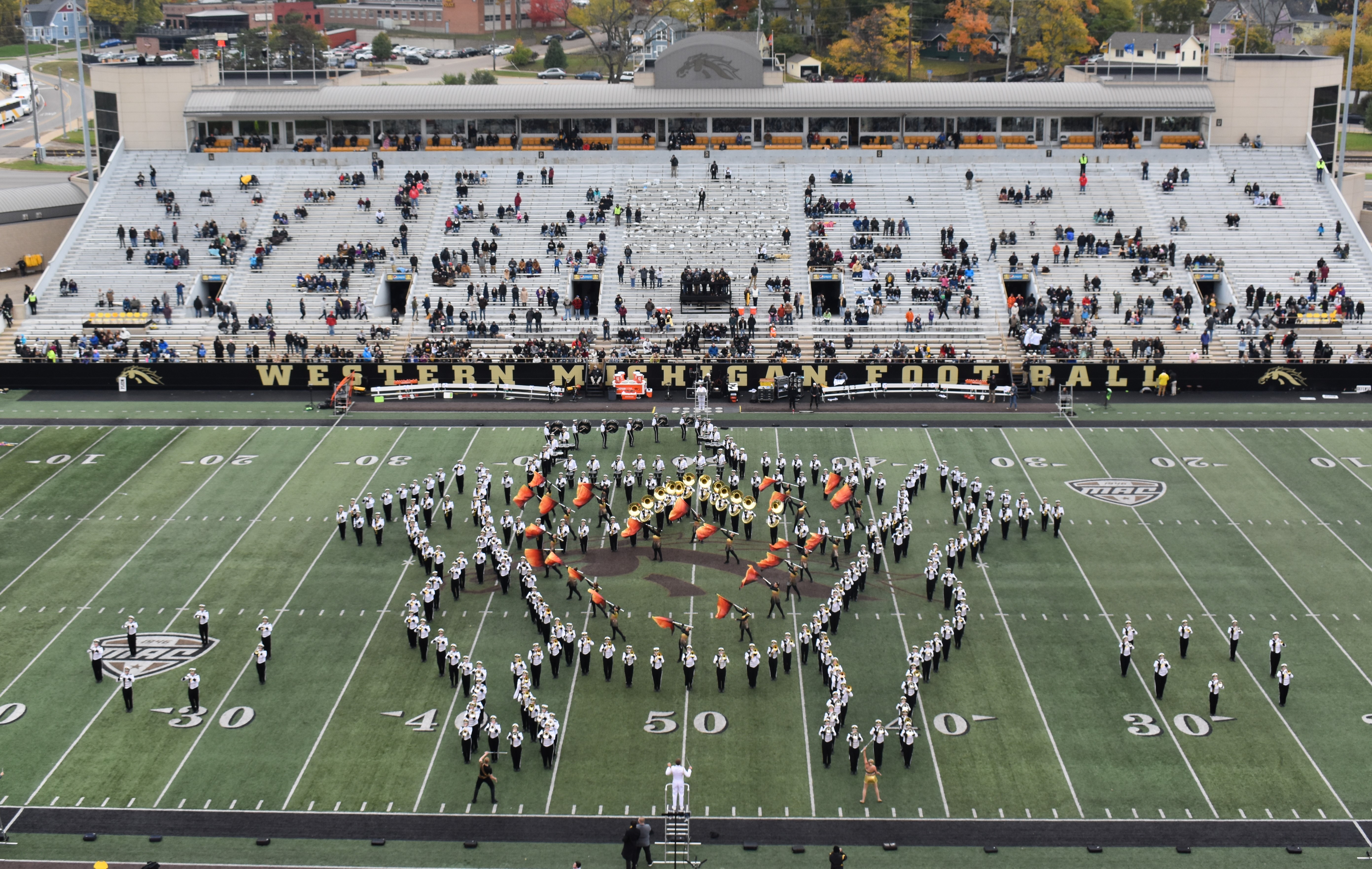 Each time WMU takes the field, they manage to captivate the crowd. 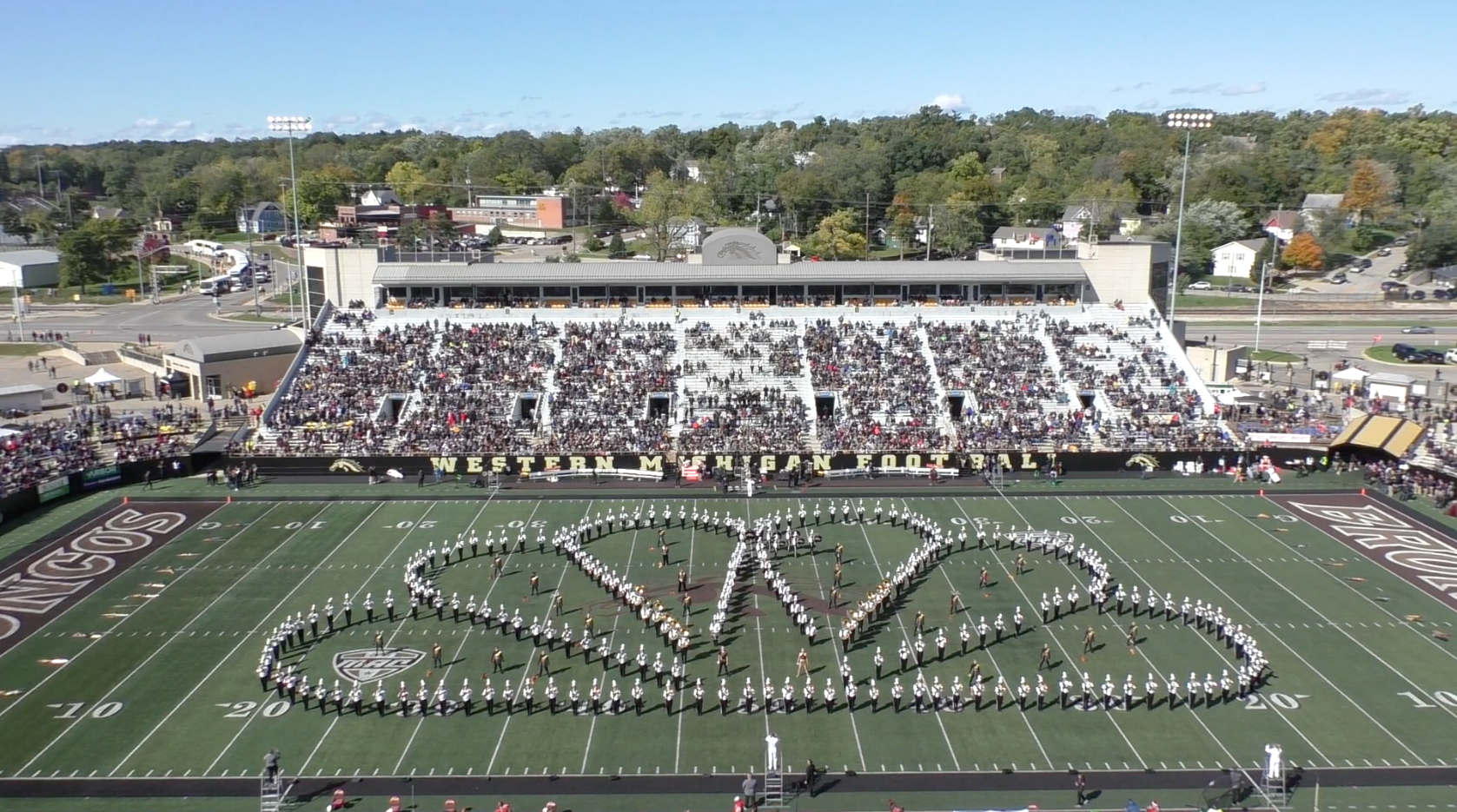 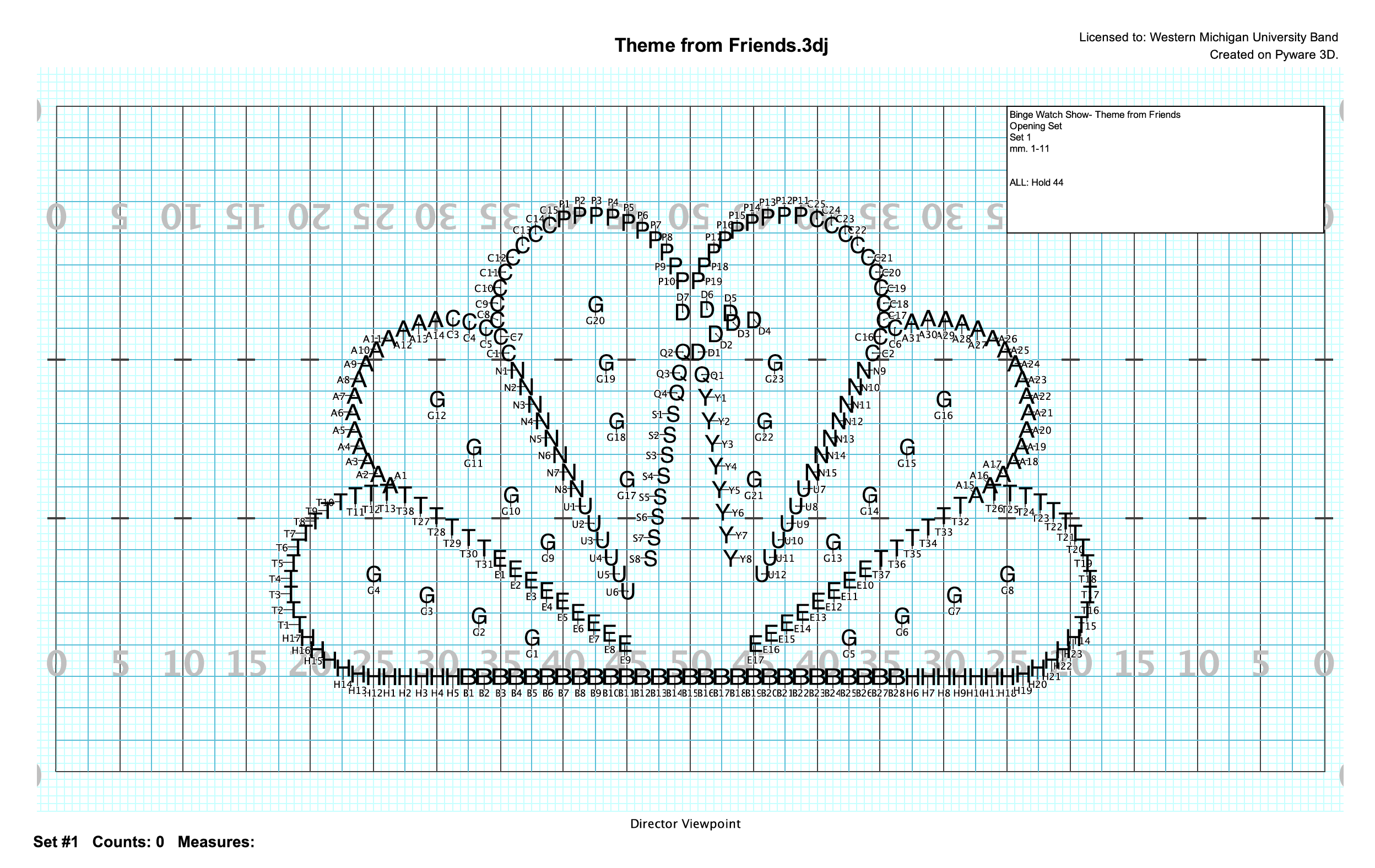 The extremely humble designer behind these engaging displays, Trey Harris, catapulted his journey as a professional musician through the United States Marine Corps. The Marine music program and all that it entails encouraged him to join. Following his service, he earned a Bachelor of Music Education from Michigan State, a Master of Music in Conduction from the University of Missouri-Kansas City, and ultimately a Ph.D. in Music Education from Florida State University.

Harris was first given an opportunity to write drill during his time at FSU, accrediting his newfound interest in drill design to his directors for their guidance and encouragement while he was learning the craft. From then, he went on to become the Assistant Director of Bands at Kennesaw State University and is currently thriving in his new role at Western Michigan.

His passion of integrating new music and themes to his shows and providing a fun, interactive experience for an audience are just a few factors that have motivated him in becoming a remarkable drill designer. Harris truly cares about each of his students and helping them find success is the primary reason he tries to create engaging shows.

“I think that band students are a special breed; they give so much of themselves to the activity and we as band directors have the privilege of advocating for them and making sure they have the best chance to be successful,” he stated.

Our team at Pyware strives continuously to provide designers and directors such as Harris with the all the essential tools for them and their programs to thrive.

“Pyware has been my tool of choice for the entirety of my drill-writing experience,” he stated. “I have continued to learn new tools that Pyware offers, how to efficiently move the band from form-to-form, and how to stage the band in ways that allow the audience to best experience the show.”

We would like to congratulate WMU’s Bronco Marching Band for all the entertaining productions this season and Director Harris, as a force to be reckoned with in drill design. We can’t wait to keep watching what you produce next!

Software development company based out of the Dallas/Fort Worth metroplex that specializes in desktop and mobile applications for marching band and music development, instruction and assessment.

Music Technology of the Future