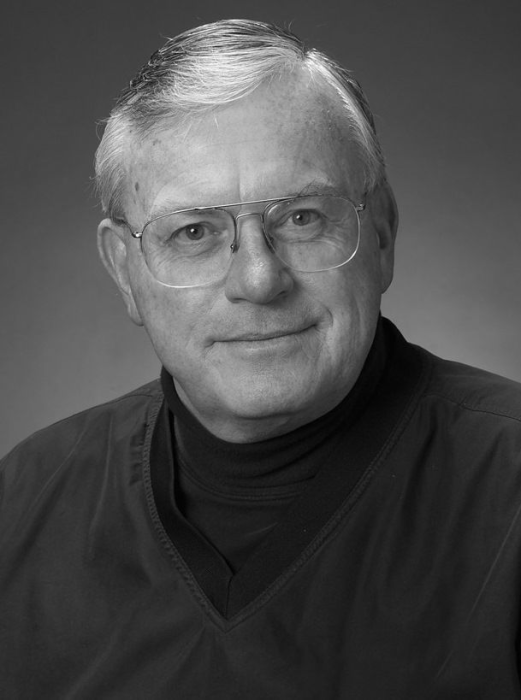 Walt Lovell’s passion for music and the performing arts is reflected in an over five-decade-long career in the music industry. A successful history as a musician, educator, designer, consultant, composer, and adjudicator, comprise his lifetime’s work. After receiving both a bachelor’s degree in music education and Master of Music degree from Northern Arizona University, Walt launched his teaching career in Arizona. Over the course of 10 years, he taught at Kingman High School, Phoenix Union High School, Carl Hayden High School, and Mohave High School.

Walt then moved to his current residence in Elko, Nevada, where he is celebrated for an incredibly prosperous 36-year tenure at Elko High School. In 1978, he was named Director of Bands and immediately began putting his aspirations for his students into action. Before the commencement of his first school year in the position, Walt was already leading rehearsals for a lineup of different performances. His ambition would help lead the band to the most prominent stages in the nation, for years to come.

He worked tirelessly to organize and execute a schedule of events that would place the Elko High School band under a nationwide spotlight. The band’s performances at traditional season games, national competitions, local parades, and the University of Nevada, Reno football games, all led up to one spectacular trip to New York — one Walt had been envisioning since his arrival in Elko.

Not even a full year after Walt took charge of the band, the Macy’s Thanksgiving Day Parade producers extended an offer to perform at the parade. At this time, Universal Studios was advertising a recently released, Steven Spielberg film, “1941.” The Macy’s Day producing staff suggested Universal Studios team up with the Elko marching band to promote the movie. While the entire Elko community raised funds to cover expenses for this once-in-a-lifetime trip, a television crew came to broadcast the band’s preparation and rehearsals with the Universal Studio choreographers. On the day of the parade, band members dressed up and were accompanied by stars from the film, and an airplane replica from the movie followed them overhead, as they performed their way down the streets of NYC. This Macy’s Thanksgiving Day Parade production won the best special event broadcast of 1979, making the Elko marching band’s appearance even more remarkable.

Only a couple of years later, the band was tendered another extremely privileged invitation. The Elko High School marching band was invited to perform at the 1981 Presidential Inaugural Parade for President Reagan’s inauguration. Over the duration of Walt’s time at Elko High School, the band would perform for 5 presidents.

Other famous productions the band performed in include the Pasadena Tournament of Roses Parade, the Hollywood Christmas Parade, and several Bowl Games. They were also the first band from Nevada to reach the finals in a Bands of America competition and take home the champions trophy. 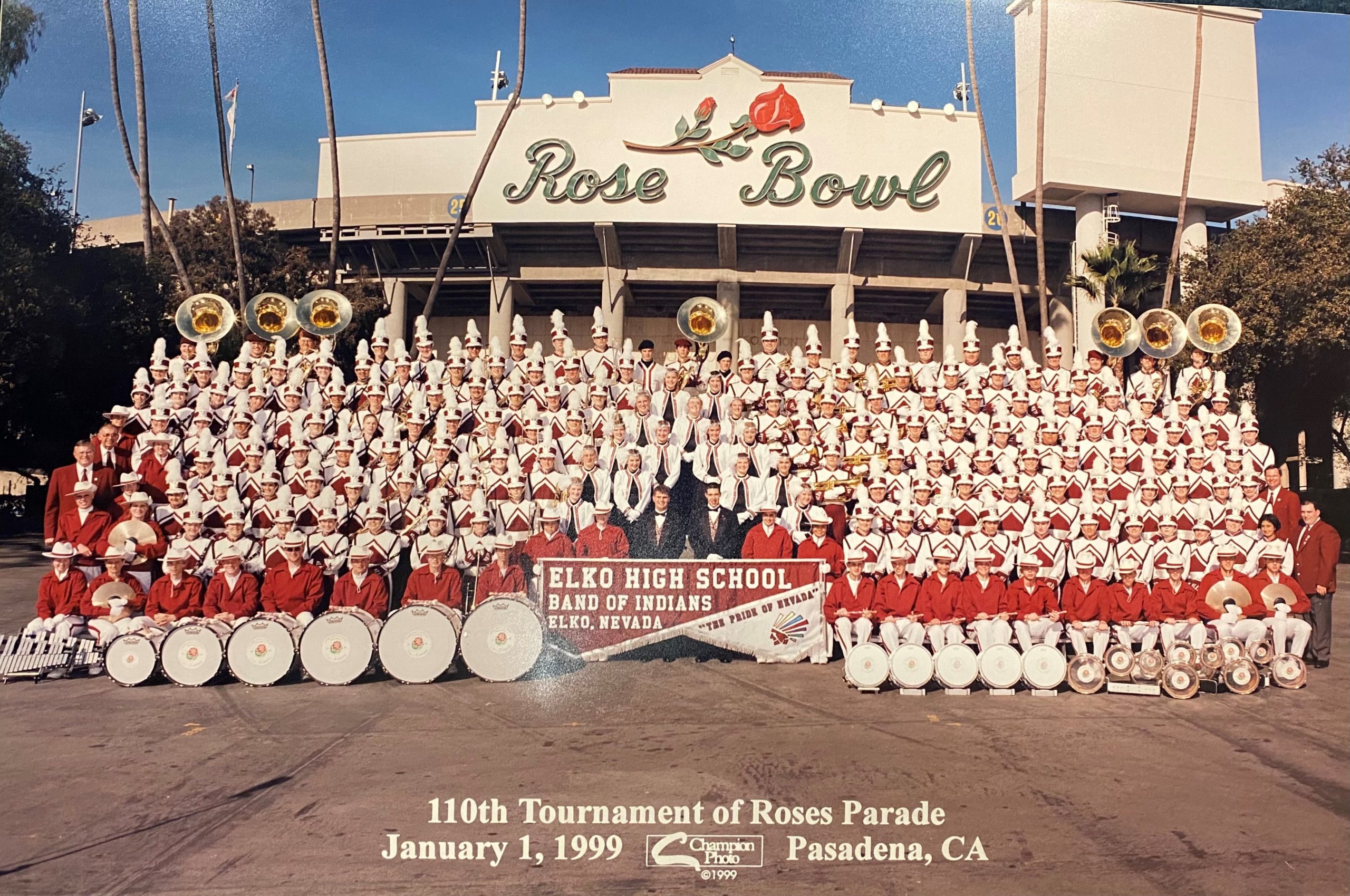 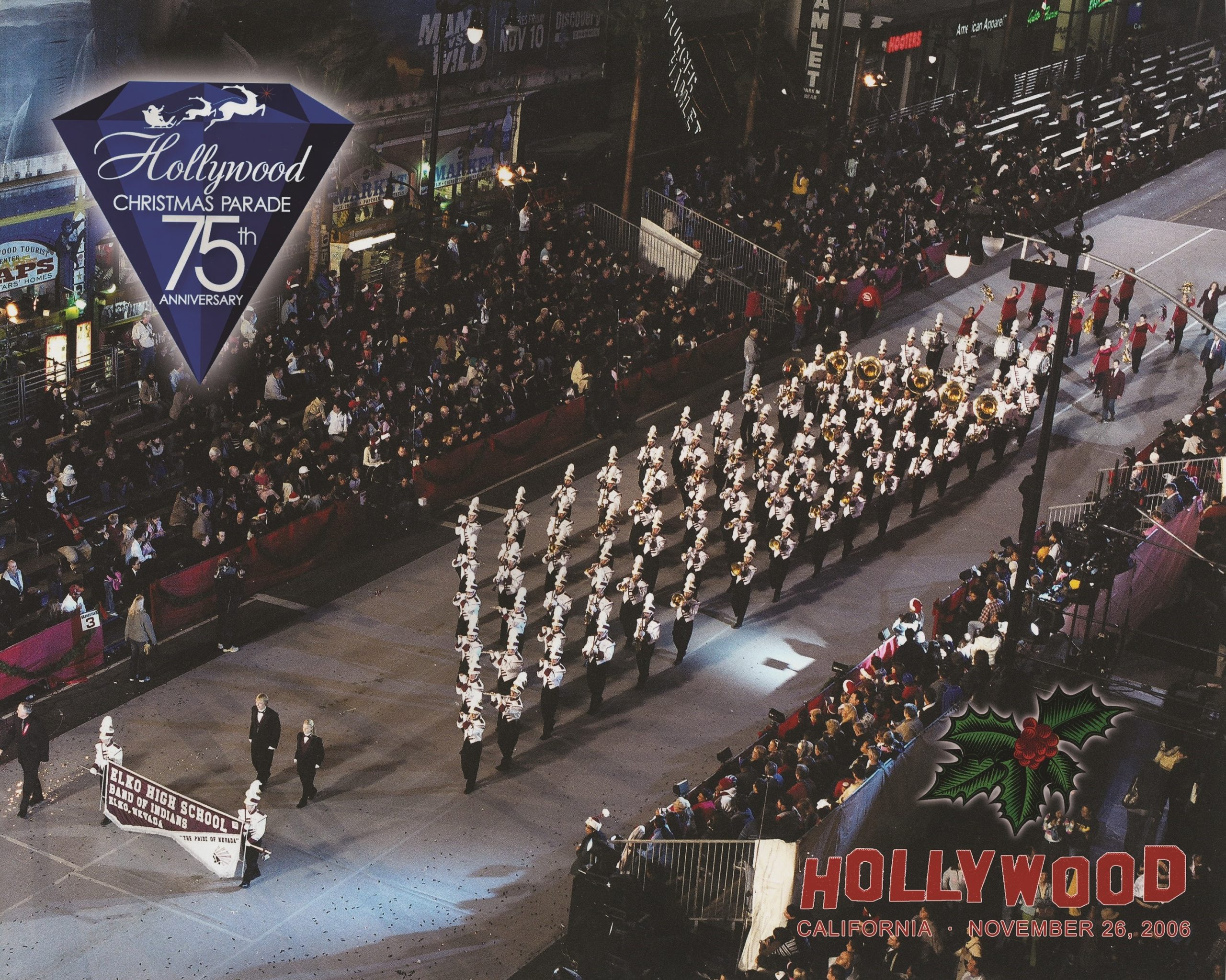 Not only was Walt a fantastic leader musically, but he was also designing shows for the band as well. He first witnessed the software, Pyware, at a UNR summer conference. David Wells was hosting a drill design workshop and brought his Apple IIe computer and Pyware on floppy discs.

“This was truly life changing as I had been doing drill design on paper and then on mylar overlays since 1968,” Walt stated. “Pyware became an integral part of designing shows for the Elko High School Band.”

As Walt was just starting out, he mentioned drill design ideas and assistance coming from a variety of sources. Those that made an impact on his career, initially, included Gene Shroyer and Donald Wolf from Arizona, David Wells of Boise State University, and Pygraphics consultant, Craig Harms, who assisted Walt at numerous conventions.

“Even though it took forever to print charts on a dot matrix printer, it was so much more convenient than teaching by rote or doing only squad 4 maneuvers. Amazing, life changing, spectacular, and a bit frightening are just a few words that come to mind when thinking about Pyware,” Walt said.

Walt’s resume of performances and accomplishments is nothing short of outstanding. His superb work, especially in Nevada, will forever be remembered, as he has truly left his stamp in marching band. Walt was named the 1999 Nevada Music Educator of the Year and inducted into the John Phillip Sousa Foundation Legion of Honor in 2007.

Upon his retirement, Walt received the Lifetime Achievement Award from the Nevada Music Educators Association and was inducted into the Elko High School Hall of Fame — each honor so richly deserved, as he poured a lifetime of mentorship into the students of Elko, Nevada.

Walt retired from full-time teaching in 2014, but still serves as a consultant and adjunct professor in the Fine Arts Department at Great Basin College. He is also frequently called upon to design field shows for different band programs. To this day, he still “dabbles,” in drill writing as he so humbly refers to his freelance work, and Walt Lovell designs continue to make appearances within stadiums across the map.

“I retired from day-to-day teaching in 2014 but still dabble when asked in the drill design area. The amazing advances in animation and the tools that are available now are mind boggling. Of course, the advancements in the copy duplication area have also helped and now with students able to put drill on their phones. Wow! Just wow.”

Our team at Pyware treasure the relationship developed with Walt over the course of his long-lived career and are overjoyed for the opportunity to continue working with him. On behalf of all members at Pygraphics, congratulations Walt Lovell, for roughly 50 years of incredible success and the lasting impact you have made with students throughout your impeccable career.